We are celebrating Independence Day because of our ancestors who bravely decided to stand up against the British and to form a new nation. As we cook over our BBQ grills, open picnic baskets and watch fireworks displays let's remember all those patriots who made our independence a reality.

These are a few of my family's  Revolutionary War soldiers. They can be found on my father’s side of the family tree because my mother’s family came to the USA about 100 years after the war. As I continue to research my father’s family I’m sure I will uncover more patriots. 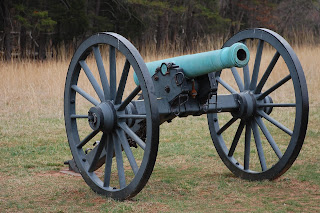 John first served in the light horse regiment under Col. Thompson for six months. He was a part of the Snow Campaign in December 1775. Later he was a Sergeant in Moor's company during the Battle of Sullivan's Island. He served under Col. Francis Marion, the Swamp Fox, and General Sumpter in the area around Charleston, SC. He acted as a spy, took part in the battle of Scots Lake Fort and the battle at Begings Church. John was my 5th great grand uncle.

Richard Dillon 1745 – 1833
He served under Captain Faulk & General Gregory in the North Carolina militia. Later he served onboard the Greyhound commanded by Captain Daniel Butler. The vessel was captured and Richard became a prisoner of war on the English frigate Baloosa. He was a prisoner for nine months. Richard was my 5th great grandfather.

David Faulkenberry 1746 – 1841
David was drafted into service in South Carolina as a private, under Captain Canenton and was in the Battle of Hanging Rock Creek. He was discharged after six months. Later he was drafted again and served another five or six months under the same captain. At some time, he served in Sumter's brigade and was at Gate's Defeat as a baggage guard sergeant. He was crippled in both hands by Tories who raided his home and cut him with a sabre. He was also shot in the arm at the same time.

William served as a private in the 1st Regiment of the North Carolina Militia under Captain William Brinkley and Colonel Samuel Jarvis. William was my 5th great grandfather.

Casper Ritter 1747 – 1824
Casper was a corporal  in the Infantry, 7th Company, 4th Battalion Northampton County Militia, PA. He served under Captains Roudebush and Clater and under Colonel Siegfried. Casper was my 1st cousin, 7x removed.

Johann Jonas Wolf 1739 – 1787
Johann was a second lieutenant in the 5th Company, 6th Battalion of the York Co. Militia, PA. He served under Captain Wampler in service guarding prisoners of war at Camp Security in York Co. Later he was in the 8th Company, 7th Battalion. He was my 5th great grandfather.

You have a lot of potential there for admittance to the DAR. I have so far identified 4 and have one approved for SAR and one in progress.