As genealogists we usually track down our ancestors in records that show them as a single individual or family; they are in isolation. When I find more than one surname together I get excited. This newspaper article shows several of my family members signing a petition to improve roads in Washington Parish, Louisiana in 1905. 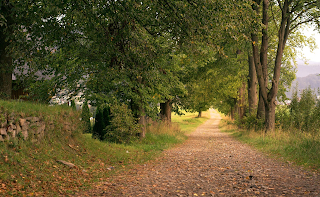 Petition. Franklinton, La. May 29, 1905. We, the undersigned citizens and taxpayers of the Parish of Washington, respectfully petition the President and Members of the Police Jury of said parish that you order an election after due publication for the purpose of levying a special tax of one dollar per head on all males 18 years of age and upwards, also a property tax of three and one-half mills on all property subject to taxation; that said tax be used for ditching, throwing up, cutting out and making up-to-date dirt roads in said parish; that said tax shall be spent under the supervision of the police jury, and that no money shall be expended by them without due regard to value received therefore; the said tax be carried upon a majority at said election voting therefore, and that said tax be levied for a period of five years beginning with the year 1906. Respectfully signed and submitted.

There is a long list of signatures. I have been able to identify these family members:

There are more that I am guessing are family members but I cannot be sure.