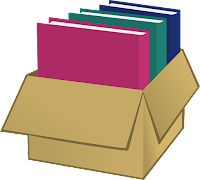 walked off with their neighbors to fight the Civil War? Did they follow their husbands or remain at home? How did those women feed their children? How did they keep the home and the family together until their husbands returned, if they returned?

We have researched our military ancestors to discover their units; their leaders; battles they were a part of; pensions received & other details. But what about the women left behind? The men did the hunting/fishing/farming to sustain the family. The men kept hostile animals away to keep the homestead safe. The men owned the land and brought home money. But the men were gone.

I know I come from many strong independent women who did not hesitate to plow a field, manage a store, gather & can food or get a job. But I wanted to know more about these women who were “left behind”.

Nearby I am fortunate to have Hudson Valley Community College which offers many classes and lectures for the community. I heard a lecture there on this topic. Michael Aikey, the retired director of the New York State Military Museum and Veterans Research Center in Saratoga Springs, NY, talked about “Women and War”. He talked about women who followed their husbands off to war and those left behind. Listening to his lecture was a wonderful way to spend the morning.

Michael Aikey shared his reading list with those of us who listened to his lecture. I asked his permission to share that list with you readers and he kindly agreed. If you’d like to know what the women in your family did during these harsh time in our history find a book for the correct time period and start reading. 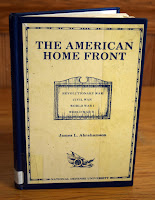 Jasanoff, Maya.  Liberty’s Exiles: The Loss of America and the Remaking of the British 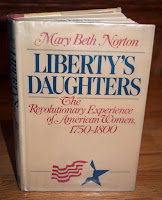 Leonard, Elizabeth.  All the Daring of the Soldier: Women of the Civil War Armies. NY: W.W. Norton, 1999.

Colleen, thanks for this informative post and for the detailed listing from Mr. Aikey. I know not as many women served in WWII as stayed at home to take work in factories or take care of families, but my aunt was a WAC so I found the book "Citizens of London" by Lynne Olson to be extremely helpful in understanding her experience posted to the military in England.

Marian, I'm sure you are proud of those women from your family. We had a couple women who served as well.
When I took the class I especially wanted to learn how women in the Revolutionary War & Civil War held everything together while their husbands and brothers were gone. They had to do many things women, at that time, were not expected to do. In fact, many people thought women were incapable of taking charge. These strong were women are also people we should have pride in.