Census Sunday - The Thomas K. Mark family in the 1940 US Census

Thomas K. & N. Regina (Gruissy) Mark were my great grandparents on my father’s side. They lived their lives and raised their seven children in rural Ohio. I’ve been able to find them and all their children in the 1940 census records. On 3 May 1940, when they were visited by a census taker, they were living at 181 Bergey Street, Wadsworth in Medina County. They owned their own home which was valued at $1,200. Thomas had been both a farmer and a carpenter. About 1930 he had an awful accident while working which badly injured his back. The 1940 census reports that he was unable to work although he had worked for 50 weeks the previous year. We can wonder if the inability to work was due to his injuries or due to the lack of available carpentry jobs. [SD 23, ED 52-25, sheet 27A]

Thomas and Regina had both of their sons and one of their daughters still living at home. Owen, 24, and Clarence, 22, were both working 40 hours a week at the match factory. Wava, 21, was working 36 hours a week as a housekeeper in a private home. Although their parents had not, all three siblings had completed four years of high school.

Oldest daughter, Isabell, was married and also living in Wadsworth. Her husband, Roy E Nee was a janitor in a recreational hall. Their sons, Harold J. and Paul H. were in school. [SD 23, ED 52-24, Sheet 11B]

Daughter, Vera, was also in Medina County. She and her husband, R. Ballard, were living on Washington Street in Seville. Vera’s husband was a mechanic and she was a nurse in training at the hospital. [SD 23, ED 52-4, Sheet 6B]

Daughter, Viola was living in Norton Twp., Summit County. Her husband, Raymond Nothstein, was a laborer. Viola had three children at that time: Loyal, Norbert and Benita. [SD 23, ED 77-67, Sheet 9A]

It was fun to find all these members of the family. In later years there would be changes: moves to other states, more grandchildren, new jobs. However, in 1940, although four of the daughters were married, they all still lived fairly close to each other and, according to family stories, visited each other often. 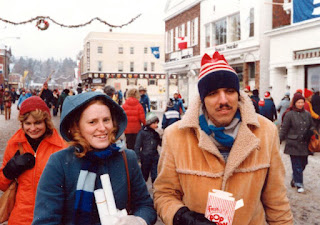 This week's Sepia Saturday centers on sports because of the Olympics in London. This is a photo of my husband and myself at the 1980 Olympics in Lake Placid, New York. The streets were full of people at all hours of the day. We could walk down the street and see the outdoor speed skating rink as we passed. We saw graceful ice dancing. We saw a hockey game but not the famous games when the American team beat the Russians or when they won the gold. Mostly I remember the amazing cold weather and the high level of patriotic pride in all our athletes. 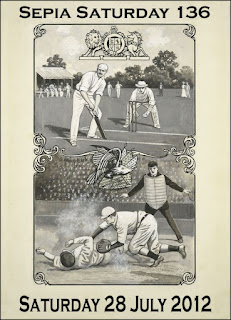 Be sure to pour yourself a cup of tea and sit down with this colorful and insightful new publication. I discovered the June issue of this online magazine through the County Cavan facebook group.  The pages on Cork Genealogy, Tourism and Heritage drew me in. If you are planning a trip to County Cavan read these pages for an overview of the county and links to attractions. If you want to do research while you are there you will find an extensive list of resources and links to Cork libraries, archives, cemeteries, etc. I plan to look closely at each of these links in searching for my Mullane and Sullivan ancestors. [The July issue focuses on Kerry.]

From the pages on County Cork in the June issue, I wandered through pages on the Irish DNA mapping project and the 2013 Gathering plans.  Kevin McCormack shares research tips and links to terrific web sites, including his own Irish research blog and the Irish Lives Remembered site [Besides the magazine this site includes genealogy links, a list of genealogists, heir search and forums.]. Read about Annie Moore, the first immigrant to be processed through Ellis Island. A statue to Annie stands in Cobh Harbour.  Learn about the Historic Graves Project, working to protect, record and share information carved into the ancient tombstones and Celtic crosses across Ireland. Pages showing Cork Books & Genealogy Books make me itch to order new research materials.

The July issue includes articles on Irish work houses, one name studies and Irish convicts in Australia. I found this online magazine to be entertaining and educational. Get that cup of tea ready and explore it for yourself.
Posted by Colleen G. Brown Pasquale at 1:00 AM 4 comments: 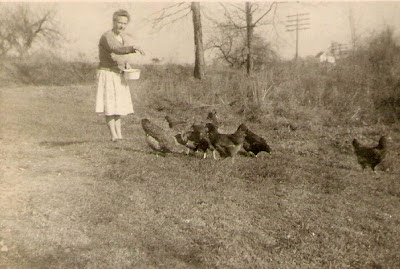 Census Sunday - Pasquale/Pascale in the 1940 US Census

Pasquale is the surname of my husband and his father. Somewhere before that the family was Pascale. Family stories vary as to when and where it was changed. The most popular story involves the usual Ellis Island change. However, I recently found the family in the 1940 US Census, New York State, Westchester County, Somers. I looked for the Pasquale family and found the Pascale family. Interestingly, the 1920 & 1930 Census reports list their name as Pasquale.

Frank Pascale, my husband’s grandfather, a naturalized citizen from Italy, was a farm manager. He paid $30 a month for rent and earned an income of $1,200. His wife, also born in Italy, was Jennie Pascale. Their four children were all born in New York State. Augustine, 19, was a farm helper. Thomas, 17; Grace, 15; and Carmella, 7, were all attending school.

With the exception of Frank, I knew all these people and they were all Pasquales. This is another research project for a rainy day.
Posted by Colleen G. Brown Pasquale at 1:00 AM 2 comments:

30 July 1882            Peter Jonathan Moore & Caroline Louise Gruissy [daughter of Augustus C Gruissy & MaryAnn Everett]. They were married in Ohio. They had six children. Peter was a farmer and a mason.
Posted by Colleen G. Brown Pasquale at 1:00 AM 2 comments:

The Roy Brown family moved from Ohio to New York State about 1940. In April 1940, however, they were still in Ohio when the census taker came around to count heads. They were living at 53 Grant Street in Rittman, Wayne County, Ohio. Thirty eight year old Roy was a millwright in a paper mill, working 48 hours a week and earning an income of $2,400. His wife, Ivy, only thirty two years old already had six children. Roy’s education went as far as eighth grade but Ivy had completed two years of high school. Their children would all complete high school and some would graduate from college.

In 1940 their children were: Delbert, 11 in fourth grade[my father]; Leo, 9 in third grade; Genevieve, 7; Jeanette, 5; Larry Lee, 3; and Robert 11 months old. Although Roy was born in Mississippi, Ivy and all these children were born in Ohio.
Most of this information, besides details on work hours, income and the education of my grandparents is not new to me. I file this as a source to confirm information I have already gathered. 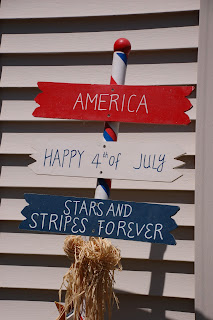 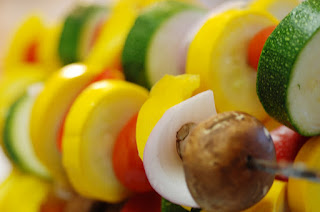 Posted by Colleen G. Brown Pasquale at 7:16 AM 1 comment:

Census Sunday - The Coyle Sisters in the 1940 US Census

Mary Josephine (Mullane) Coyle died in 1927. After her death her unmarried daughters lived together. In the 1930 US Census the sisters were living at 2109 Walton Avenue in the Bronx. Marion, 28 [actually 30], was an operator in the telephone company. Marguerite, 25 [actually 28], was a supervisor in the telephone company. Lillian, 18, was a book keeper for a shoe company. Kathleen, 12 [actually 14], was still in school. They paid $40 a month for the rent on their apartment.

With the exception of Marion, who married James McCall on 5 April 1931, I expected to see them still living together in 1940. I was correct.

In 1940 US Census the Coyle sisters were living at 3E Burns Street in Queens. Marguerite, 30 [actually 38], was surprisingly unemployed. Therefore, younger sister, Lillian was head of the family. She worked as a “comptometer” for 35 hours a week earning an income of $1,200. Youngest sister, Kathleen, worked 35 hours a week as a clerk for the telephone company earning an income of $1,200. Rent for their apartment was $62 a month.
[Note: My grand aunts often altered their ages! Ha!]

This a reassuring report, verifying family stories. Details of their jobs and incomes in 1940 are interesting. With the exception of a brief marriage for Marguerite these sisters would live together for the rest of their lives, in New York City, Long Island, Florida and Arizona. They were successful career women who traveled the world and lived long lives. They are buried together in Sun City, Arizona.
Posted by Colleen G. Brown Pasquale at 1:00 AM 1 comment: