Many people are intimidated by the thought of family reunions. They visualized scores of people and a logistical tangle. You can however, think small and have a successful gathering with plenty of time to talk, share and enjoy each other.

This weekend was our annual connection with our Coyle Cousins. In 2008 we met for a long afternoon in Waterbury, Connecticut, the home of our mutual ancestors, Patrick & Margaret (Brady) Coyle. We talked for hours in an Olive Garden and realized we needed more time to connect. In 2009 we spent a weekend at Pat’s waterfront home in New Jersey. Besides comparing family trees we enjoyed the water, shopped for antiques and discovered many things we have in common (like freckles!). In 2010 the cousins came to my house in New York State. We expanded from Pat Brady, Tara (Herbert) Cousins and myself to include a newly found cousin, Lisabeth Timothy and her family. A BBQ and a boat ride on the Hudson River were fun components of the weekend.

This year we were in Massachusetts at Tara’s & Ashley’s marvelous house. We had a beautiful Saturday for our visit to the Minuteman National Historic Park in Concord and a stop at a farm stand for the best corn on the cob ever. Despite all the pampering by Tara & Ashley the best part of the weekend was meeting even more family members! Lisabeth brought along her delightful parents, Charles & Lucille (Coyle) Timothy. Lucille greeted me by reaching out and touching my face and saying, "I know that face. You are a Coyle!" Lucille brought along photos & stories to share. A surprise guest was Tara’s sister, Marcia Cass Herbert, who came over from Cape Cod to meet more family. We took a tip from old photos we were looking at and gathered on a set of steps for a fun photo. 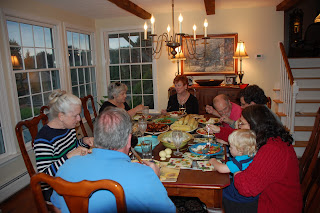 Home again, I am anxious to analyze all the new family information I now have. I look forward to next year’s gathering! Maybe we can discover more cousins to join us then.

This photo was taken in the mid 1930s. Delbert Keith Brown, my father is on the far left in the back row. He was the oldest of seven children of Roy Jesse and Ivy Regina (Mark) Brown. The family moved often and my father had to change schools frequently. Because of that, he was never a strong student. He was, however, skilled in repairing engines. I think his little smiling face is adorable.
Posted by Colleen G. Brown Pasquale at 4:00 AM No comments: 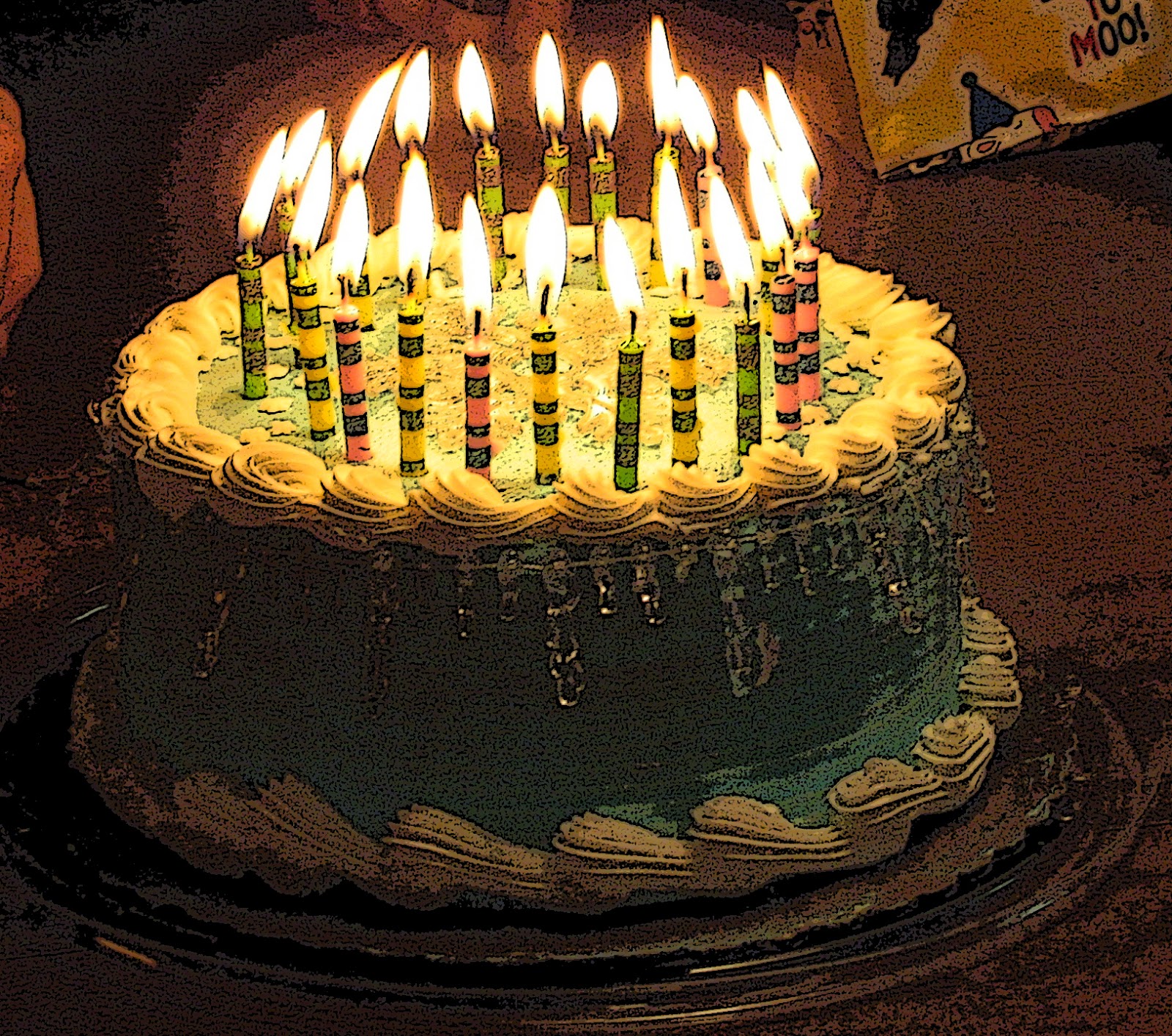 My first blog, Pennsylvania Research for the Mark family, centered on the discoveries I had recently made. I was unsure how to add photos yet and my page set up was quite simple but I was excited about improving and expanding my blog. Since then I’ve added pages for family branches and links to other genealogy blogs. I was surprised to be ‘interviewed’ by Geneabloggers for their “May I Introduce You to” section in April and to be given the One Lovely Blog Award.

Some topics I have written about this past year
Some future topics:

My hopes for the future of my blog include connecting with more cousins & solving more family mysteries. I hope I have helped others by sharing the information I have gathered over the years.

Thank you to everyone who has visited my blog, commented on the blog or contacted me through my blog!

Posted by Colleen G. Brown Pasquale at 4:00 AM 5 comments: 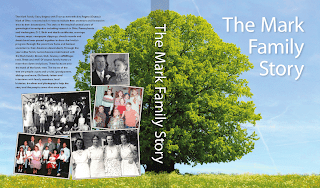 The Mark Family Story has been progressing despite formatting difficulties. Thanks to Adam the 'ghost page' is gone. This seemingly invisible page kept throwing off the page count and putting odd numbered pages on the left side. I struggled with this for ages and he fixed it in just minutes. 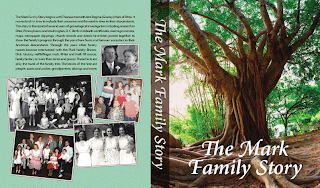 Thanks to Alyssa and Jeff for helping me understand how to make my sidebars bleed off the page (among other things!).

The text has been sent off to
Troy Book Makers!
The next step is to select a book cover. Melissa has given me three possible book covers. Elements from each may be mixed and matched. Two elements I want to keep are a large 'family' tree and a few family photos. I may change which photos are used. 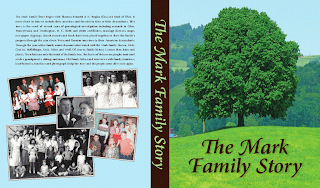 Help. I am looking for your opinion. Please leave a comment and let me know which one you like best.

After the cover is selected one book will be printed which I will proof read. When each word is in place, copies will be printed. Watch my blog for that big day!


The Mark Family Story begins with Thomas Kenneth & N. Regina (Gruissy) Mark of Ohio. It moves back in time to include their ancestors and forward in time to their descendants. This story is the result of several years of genealogical investigation including research in Ohio, Pennsylvania and Washington, D. C. Birth and death certificates, marriage licenses, maps, newspaper clippings, church records and deeds have been pieced together to show the family’s progress through the years from Swiss and German ancestors to their American descendants. Through the years other family names become intertwined with the Mark family: Brown, Dick, Gruissy, Heffelfinger, Keck, Ritter and Wolf. Of course, family history is more than dates and places. These facts are only the trunk of the family tree. The leaves of the tree are people: aunts and uncles, grandparents, siblings and more. Old family letters and interviews with family members, local histories, timelines and photographs help the story and the people come alive once again.
Posted by Colleen G. Brown Pasquale at 8:21 AM 2 comments: