The Printing has Begun


I am very excited to say The Mark Family Story is being printed and bound. It will be a large (8 x 10) soft cover book with a color cover.  Inside:  many black and white images, charts, timelines, scans of old family letters and documents. Over 400 pages. Learn about the Mark family and its leaves and branches.
When I have the copies in hand I will post that information here. You will be able to order copies here or from Troy Book Makers.
Posted by Colleen G. Brown Pasquale at 7:56 AM No comments: 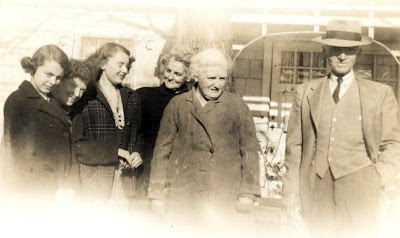 When searching for our ancestors the United States census reports are often used but state census reports are also helpful.  If your family lived in New York State William Dollarhide’s book will help you understand the censuses there. His book includes samples of and blank forms for each census report. County maps are included and county by county census details.

Many thanks to all the Veterans who have and continue to make our country & world safe. Your service continues to be appreciated. We have a long line of soldiers in our family, from the Revolutionary War, War of 1812, Civil War,... and it continues today.

Special thanks to my uncles:

To my cousins: I'd love details on the service of our uncles to add to our family's history.
Posted by Colleen G. Brown Pasquale at 4:00 AM No comments: