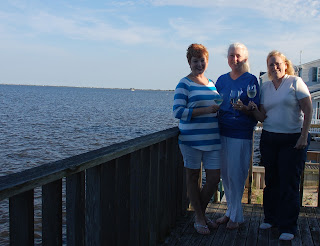 My Irish cousins came together this past weekend for our 5th annual gathering. We are a small handful of Coyle/Brady cousins who originally discovered each other on the internet. Our beginnings can be traced to the 1800s in County Cavan, Ireland where our Coyle/Brady ancestors made a meager living in small rural towns near Lough Sheelin. We’ve come a long way since then. We cousins all live in the northeast: New York, New Jersey, Connecticut and Massachusetts. Each summer we take turns with the hosting and driving.

This year we gathered on the Jersey shore. Besides sharing our newest genealogy discoveries we enjoyed delicious seafood meals, views of sailboats drifting on the water at the blue hour, and a night sky full of stars and fireworks. 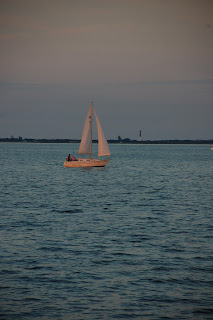 Our little group is growing. Another Connecticut cousin has recently joined us. We’ve pulled out our family trees to determine where this branch connects.

This autumn we are planning to gather for our first research weekend. Family group sheets, timelines and laptops in hand, we will head to a Connecticut library [CT is where the Patrick & Margaret (Brady) Coyle family lived.] to expand our family knowledge.

Don’t wait. Grab your calendar and gather your cousins. You’ll be glad you did.

Tombstone Tuesday: A Great Find at Find A Grave

Find A Grave can yield valuable information about our ancestors. Sometimes only information from the tombstone is available but occasionally there are facts about other family members with birth, marriage and death dates. You’ll want to verify those facts but they give you a place to begin.

Recently I was searching for my 3x great grand uncle, Jesse Kelly Brumfield (1807 – 1884), son of John & Margaret (Kelly) Brumfield at Find A Grave. I found him at Brumfield Cemetery, Pike County, Mississippi. The cemetery has a large plaque with information about Jesse, his wife and their children. It says: 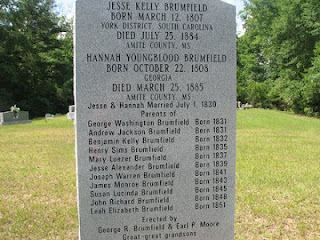 The plaque was erected by his great grandsons, George R Brumfield & Earl P Moore. Thanks goes out to them for the plaque! Thanks also to Connie G Lozier who added the photograph of the plaque to the website! Thanks to Find A Grave! This was a great find. 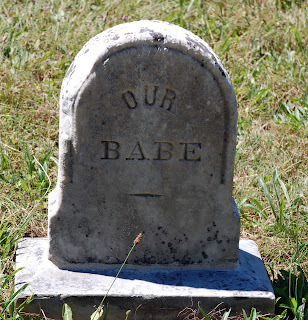 During a Find A Grave Search.

Email ThisBlogThis!Share to TwitterShare to FacebookShare to Pinterest
Labels: Cemetery

Census Sunday – Learning Something New from the 1940 Census

Have you found something interesting in a census report? This one added new information for my family tree.

Anna Gartner, b. 1891, was my maternal grandfather’s younger sister. I knew that she was born and lived in New York City. Like my grandfather, she worked for the Western Union Telegraph Company. Census reports and city directories from 1910 to 1930 show Anna Gartner/Gardner living with her father, Leopold. {Her mother died in 1908.]

By 1935 Leopold Gartner had moved to Buffalo, New York to live with his oldest daughter, Florence (Gartner) Weissberg and her family. What happened to Anna?

Leopold died in 1948 in Buffalo. His obituary gave me the first clue about Anna’s life. She was listed as Mrs. Anna Bearman of New York City. Who did she marry? What was she doing?

The 1940 US Census might hold answers. I looked for & found an Anna Bearman living at 1215 Grand Concourse in the Bronx [SD 49, ED 252, Sheet 12A]. She was married to Benjamin H. Bearman from Lithuania. New York City is a big place and there could have been more than one Anna Bearman. The age did not match exactly but I have found that is often the case. I continued to read the census report and got quite excited when I saw Anna’s occupation. She was a book keeper for the Western Union Telegraph Company! Hurray! This was my grand aunt.

I wonder what the next census report will reveal. Here I am in 2012 and looking forward to 1950! 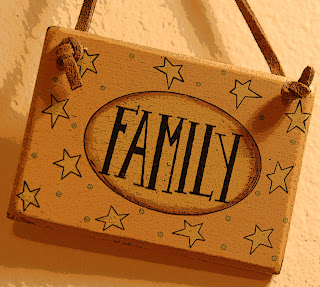 My father’s family tree has roots that stretch back to the Alford family. The very best source for information about the Alfords is the Alford American FamilyAssociation. For 25 years this group has been sharing scholarly research with others. If you have connections with this name you will benefit from a visit to their website.

There are times when we can trace a family through census records, getting a fairly clear picture of their lives. I have family documents, letters and photographs of these members of my maternal grandfather’s family. But even if you look only at the census records you can trace the lives of this family from the early years of their marriage to the marriage of their oldest son. You can see Frank progress from tailor to furrier to the owner of his own fur store.