I have seen John's middle name as both Edward or Edwin and the same for his father. There are two obituaries posted here. Each uses a different middle name. In my records, I use John E. Brumfield because I do not know which is correct. 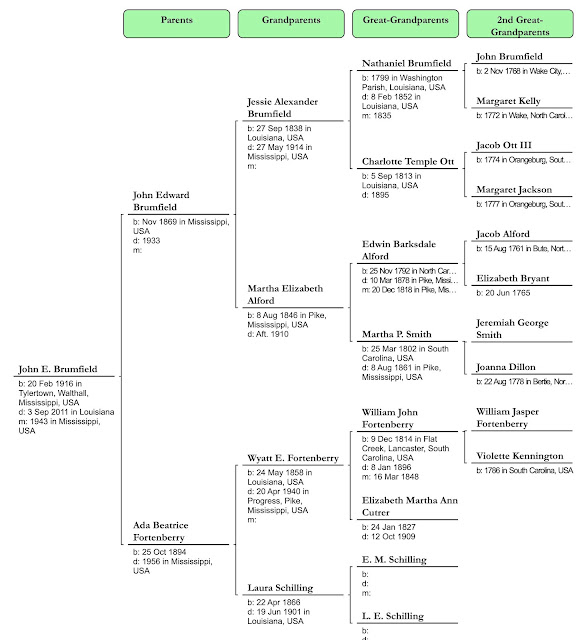 Visitation is 5 at 8 pm Thursday at Hartman Sharkey Funeral Home in McComb and 10 am Friday until services at 11, with the Rev. Rick Kennedy officiating. Burial with military honors will be in Pike Memorial Gardens.

He was a retired self – employed automobile mechanic. He was a member of East McComb Baptist Church, now New Heights Baptist Church. He was a U. S. Navy veteran of World War II.

Progress, Sept. 27. – A wedding much to the interest of the Progress community was that of Miss Arlea Fortenberry of Progress to Otis Simms, Jr., of the U. S. Navy.

The ceremony was performed Saturday evening, September 22 in the home of Mrs. Mallie Fortenberry with the Rev. Clyde Jones officiating. The attendants were Mrs. Edwin Blades and Mrs. Frances Ramano.

Mrs. Simms is the daughter of Mr. and Mrs. W. F. Fortenberry and a 1945 graduate of Progress High School.

Mr. Simms is the son of Mr. and Mrs. Otis Simms of Tylertown and is on leave until the 9thof October. 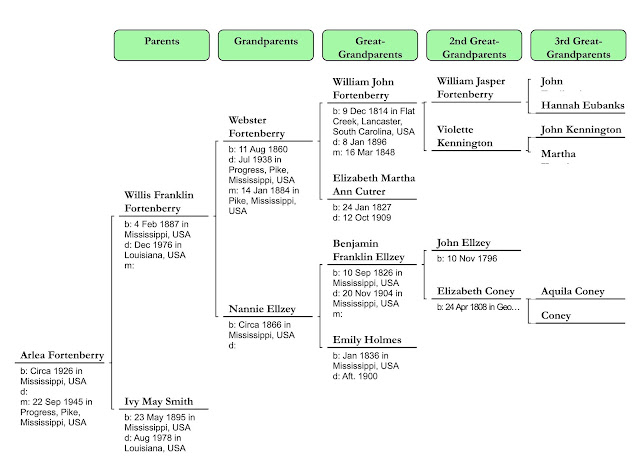 I was fortunate to meet Fay & Pat Smith. They both welcomed my family when we visited Mississippi & helped me with my genealogy research. They were kind, generous people and I'm glad to have met them. 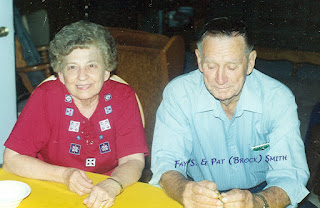 Fay S. Smith, 76, of Progress, died Sept. 3, 1998, at Beacham Memorial Hospital in Magnolia. Services were at 11 a. m. Saturday at Silver Springs Baptist Church with the Rev. Byron Wilkinson officiating. Burial was in Silver Creek Cemetery with Hartman-Hughes Funeral Home in Tylertown officiating. Mr. Smith was born Dec. 6, 1921, in Pike County. He was the son of the late Denny Herbert and Mavis Brown Smith. He a member of Silver Springs Baptist Church and was a veteran of World War II, serving in the U. S. Army. He and his wife owned and operated Smith’s Grocery in Progress. Survivors include his wife of 49 years, Patricia Brock Smith of Progress; two sons and daughters-in-law, Michael D. and Deborah Smith and Kim L. and Lisa Smith, all of Osyka; one daughter and her husband, Gail and Don Hall of McComb; two sisters, Nathalee Comeaux and Wilma Buhler, both of McComb; and 10 grandchildren. Pallbearers were Dustin M. Smith, James Hall, Jr., Randall A. Sheets, Paul S. Schneider Jr., Joseph A. Schneider and Wade C. Brown. 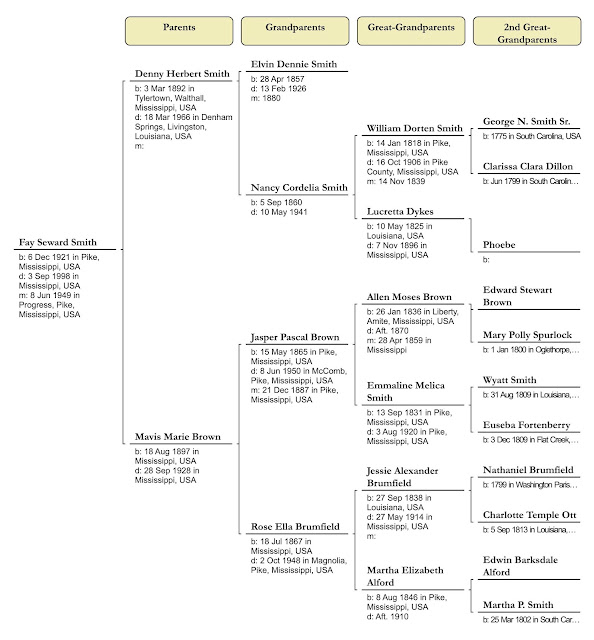 I was happy to find this newspaper article for several reasons. First, I was happy because it includes members of our Fortenberry family. Those Fortenberry ladies were helping a neighbor who had experienced a fire and lost her belongings. It is nice to know our family members were helping others. Also, I was happy to read this because I am a quilter. I have made many quilts for family & friends. Now I know that it is a long standing family tradition. 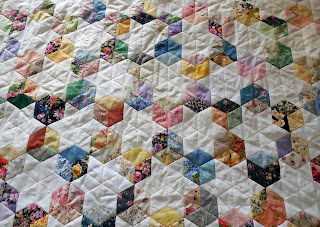 The ladies of Silver Springs W. M. U. enjoyed a quilting party at the home of Mrs. L. Q. Fortenberry Jan. 18. Two quilts were quilted for a neighbor who had lost her home and furnishings by fire. A bountiful dinner was served at the noon hour. Those present were:

Mrs. Willis Fortenberry, [Could be Ivy May Smith or Annie L. Hand]

He joined the Silver Creek Baptist Church when quite a boy and lived a Christian all his life. He was the father of 7 children, his wife and four sons having passed on years ago. The three surviving children are Mrs. E. E. Brent, Holmesville; Mrs. A. Q. Fitzgerald, Summit; and C. L. Brumfield, Sunny Bank, Va.

A number of grandchildren and the following eleven brothers and sisters also survive: