There are no romantic details in this short announcement
of the marriage of Ernest & Ella.

Mrs. Ida Rupert of 1613 South Erie st. today announced the marriage of her daughter, Ella Arline to Ernest Creasy of Beach City. The ceremony was performed Saturday evening by the Rev. R. H. Kirk at the manse.

It is very helpful to find someone in several consecutive census reports. The decades roll by. Children can be identified. We see those children increase in number and then decrease as they move out on their own. In 1920 William, age 86, has moved in with his son. 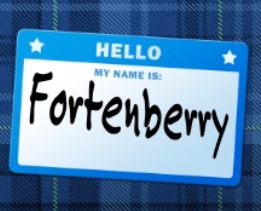 The U S Census 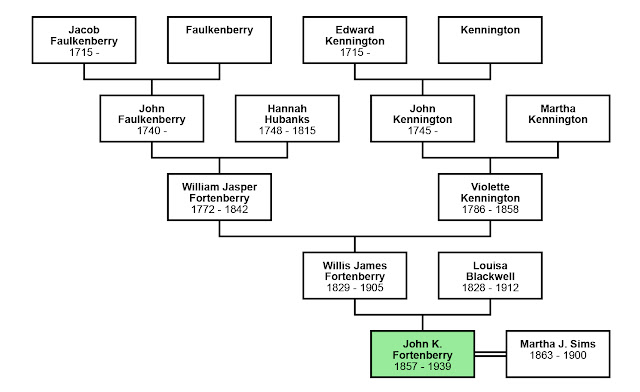 How did your family travel to their new home? If they were headed southwest in the early 1800s they probably traveled, at least in part, on the Old Federal Road. If you’d like to learn more about its location, construction and difficulties, read this book by Henry DeLeon Southerland and Jerry Elijah Brown.

The Federal Road
Through Georgia, the Creek Nation and Alabama, 1806-1836 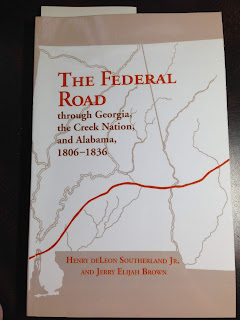 The Federal Road “permitted tens of thousands of people from the Atlantic seaboard to come into the Old Southwest and settle in undeveloped territory…” The old road, which evolved from horse path to post road, to military thoroughfare and main path for pioneers to fertile lands, was once a treacherous road from Georgia to Mississippi. It was vital for communication and transportation but it was dangerous for many reasons, chiefly because it ran through the Creek Nation.

In the early 1800s President Thomas Jefferson wanted to establish lines of communication between Washington, D. C. and New Orleans, which was an important port critical to American commerce. Postmaster General Gideon Granger, ordered a trial run that showed it took 15 days to send a letter along the Natchez Trace to New Orleans. The goal was to shorten that time for express mail.

The process to turn an old horse path into a faster mail route began. In March 1805 Congress passed an act to establish a post road partly in Orleans Territory. In November 1805 a treaty with the Creek Nation included rights for the United States to operate a horse path through their territory.  In 1806 Congress appropriated $6,400 to open a road from the then western boundary of Georgia to New Orleans. “Brush was to cleared to a width of four feet; trees which had fallen across the paths were to be cut away; causeways across the swampy bogs were to be made of logs five feet long; and logs were to be laid across the creeks.” This new route from Washington to New Orleans would be 1,152 miles, 320 miles less than the Natchez Trace route. More money would be required and problems would be many but the road was begun.

Colonel Joseph Wheaton began cutting and clearing in September 1806 but problems soon followed. Swamps and mountains slowed the expected progress. Wheaton fell ill. At times a cleared route had to be abandoned and rerouted. Samuel F. Bloomfield, a post rider, estimated that less than 23 miles could be cleared in a day. The president was not pleased with that slow rate of preparing the road. In 1807 Congress investigated the failure to complete the horse path and the failure to establish dependable mail service. Later that year Postmaster General Granger had instituted express and regular mail between Washington and New Orleans with horses and riders provided by the government. Although some mail traveled along the Federal Road, the Natchez Trace was still widely used.

Meanwhile, war with Great Britain was a possibility. Military roads were needed. In 1811 General Hampton was directed go begin construction of three wagon roads. One road would connect the Tennessee River to Fort Stoddert; one connecting Fort Stoddert to Colonel Hawkins’ place on the Flint River; and one from Fort Stoddert to Baton Rouge. The roads, built by the U. S. Army, were intended to be sufficient for moving supply wagons, cannons, and men on horse and foot. War followed. Only military travel occurred between 1813-14. Forts were built along the Federal Road. After a peace treaty was signed people who traveled the Federal Road “would become part of a region in transition, exploding with energy and urgency.” Increased travel wore down the roads. Congress allotted money for the repair of the roads: five thousand dollars in 1809 and 1816 and ten thousand dollars in later 1816 and 1818. Swamps were extensive and bridges were decayed beyond repair.

Maintenance and repairs were dependent on the location of the portion of the road. Within the Mississippi Territory citizens were responsible for that work. All free males between the ages of 16 and 50 could be required to work on at least one road for up to six days a year using their tools. Owners could send slaves in their place. Beginning 1817 Alabama used the same system.

Increased use of the Federal Road did not make it safer. Poor road conditions and attacks by hostile Creeks were a reality. By the early 1820s wagons and stagecoach travel occurred along the route. Stagecoaches had a usual fee of one dollar for every eight or ten miles. Both freight haulers and families were sometimes attacked.

Pioneers continued to travel along the Federal Road despite its flaws. Benjamin Harris reported that, between October 1811 and March 1812, 233 vehicles and 3,726 people headed west past his Indian Agency on the Flint River. Settlers streamed along the road inspired by the promise of fertile land. They traveled by foot, wagons or carriages. The influx of settlers expanded the population of Mississippi. New post offices were created to serve the increasing numbers of settlers.

Alternative travel options and a poor economy led to a decline in the use of the road. Economic issues, including the Panic of 1837, reduced traffic on the road. Travelers preferred steamboats and railroads. “The coming of the railroads ensured the demise of the Federal Road.” Eventually county, state and U. S. highways became more reliable alternatives.

“Today the Federal Road is a shadowy presence, a wraith that runs beside farm-to-market roads, old U. S. highways, and its latest descendant, the interstate highway system.”

Source: Southerland, Henry DeLeon and Jerry Elijah Brown. The Federal Road Through Georgia, the Creek Nation and Alabama, 1806-1836 (Tuscaloosa, AL: The University of Alabama Press, 1989).
Posted by Colleen G. Brown Pasquale at 1:00 AM No comments: 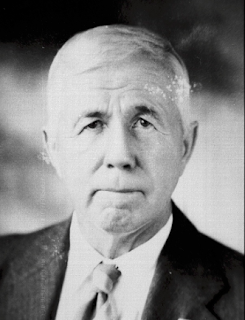 Internment in the church cemetery followed the funeral service. 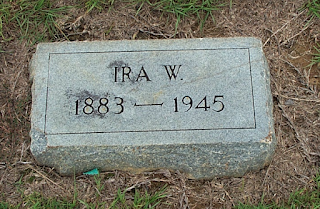 It is time to celebrate my 8th Anniversary of Blogging. It has been fun but it has also been work. Lots of time and research goes into each blog post. People sometimes ask me why I spend time with genealogy and blogging. This piece that I wrote a couple years ago explains it best. 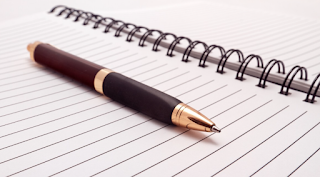 Suppose You Were the Only One

Suppose you were the only one who knew:
Your father liked to listen to freight trains passing his house when he was a boy.
At night he’d lie his blonde head down & listen to the trains rattling along the tracks
and he’d count the long line of cars until he became drowsy and dreamed of trains.
Would you tell your son?

Suppose you were the only one who knew:
Your mother was a fearless freckled girl who loved to roller skate.
She lived in New York City and raced along the neighborhood sidewalks
with her long red hair flying as she jumped the cracks and laughed.
Would you tell your daughters?

Suppose you were the only one who knew:
Your tall dark haired grandfather liked to do magic tricks.
He kept shiny coins ready in his vest pocket and a smile on his face,
ready to make those coins appear & disappear and make children laugh.
Would you tell your grandson?

Suppose you were the only one who knew:
Your grandmother had long strawberry blonde hair.
She washed it with rainwater and brushed it one hundred strokes every night
and when she told you your hair was just like hers it made you feel very special.
Would you tell your granddaughter?

Suppose you were the only one who knew:
Your Irish great grandfather loved St. Patrick’s Day.
He’d throw open all the windows of their New York City apartment
and he’d pound out Irish songs on their piano as he sang along & music floated out to the street.
Would you tell your nieces and nephews?

Suppose you were the only one who knew:
Your great grandparents in Ohio wrote love letters to each other.
She wrote about sewing and stringing popcorn for the tree & he wrote of planting and carpentry,
And love spilled out between the words.
Would you tell your cousins?

Suppose you were the only one who knew the family stories.
Would you pick up a pen? 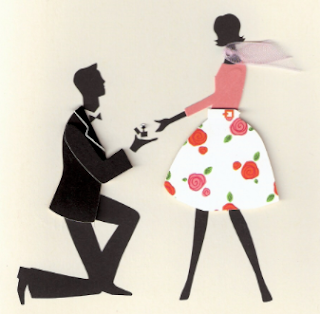 Tylertown. July 16. The announcement of the marriage of Miss Dora Lovett to Joe Dale Fortenberry as solemnized on July 3 in Brookhaven. Miss Lovett is the daughter of Mr. and Mrs. T. C. Lovett Hattiesburg. She is a graduate of State Teachers’ College and for the past two and a half years has done splendid work as home demonstration agent for Walthall county. Mr. Fortenberry is the son of Mr. and Mrs. G. W. Fortenberry of Walthall county and attended Southwest junior college. For the present the couple plan to make their home in Tylertown, where they both have many friends.