This obituary gives a small glimpse into the life of Augustus. He was married three times and the father of eight children. He made and sold home made herbal medicines. He also worked as a carpenter.

Death of a Former Medinan

The body of Augustus C. Geuissey, [sp] who died in Beach City on Friday, December 10, was brought to Medina on Friday for burial in Spring Grove cemetery. A short service was held at the cemetery previous to burial. The deceased was 75 years, 7 months and 22 days of age and was the father of Mrs. A. F. Lutz, until recently of Medina, but now of St. Petersburg, Fla., and Mrs. Peter Moore of Chippewa Lake. Mr. Geuissey at one time was a resident of Medina for a couple of years, having left here about five years ago.

Finding this information about my distant cousin is exciting & makes me proud to have a connection to such an outstanding man.

Brig. Gen Isaac William Ott (USAF Retired), an Osyka native and commander of the U. S. Air Force service command for the entire European Theatre from 1943 to 1945 during World War II, will be buried Tuesday afternoon in Osyka with military services.

Gen. Ott died Sunday at the age of 72 in the Wilford Hall Hospital, Lackland Air Force Base, Tex.

The son of the late Albert Earnest and Emma Cutrer Ott, he was the recipient of many high awards for distinguished service during World War II. He also was cited by the University of Kentucky as one of its most outstanding alumni from 1865 to 1965.

Gen. Ott, born April 6, 1903, attended public school in Osyka, Louisiana State University and was later graduated from the University of Kentucky. Following his college career, he enlisted in the Air Force as a cadet pilot at Kelly Field, San Antonio, Tex. He served several years as a flight officer stationed in Panama and at other posts.

After training in aviation engineering, Gen. Ott served at Brook Field, Kelly Field and England where he assumed the post of an assistant deputy commander of the Eighth Air Force service command with the rank of brigadier general. He later went on to command that theatre during World War II.

Funeral services are planned for 2:30 p. m. Tuesday from Hartman Chapel with graveside military services to follow in Osyka Cemetery. 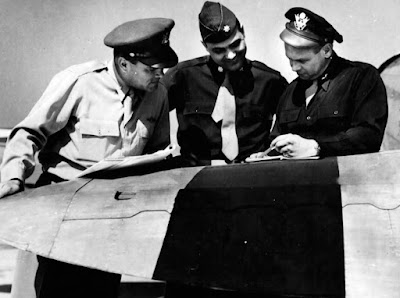 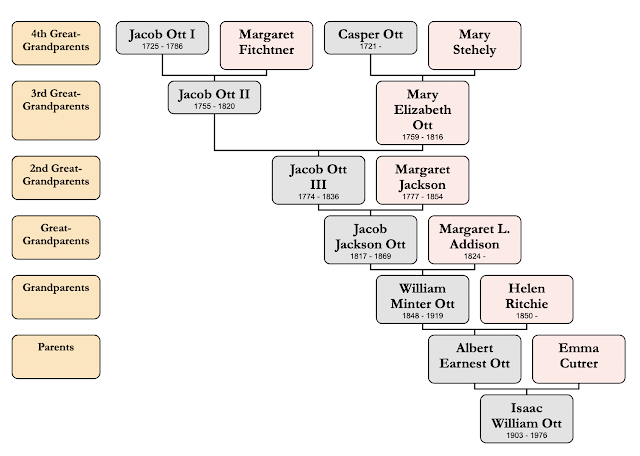 World War I was called the war to end all wars. John Ott knew just how wrong that was. Not only was he alive for two world wars, he served in both.

Veteran of World War I & II

A veteran of World War I and II, he was a Shriner for 50 years in Oklahoma City, Okla., and a member of the Masonic Blue Lodge.

Capt. Ott was employed at one time as vocational advisor at the VA Hospital in New Orleans, La.

The Rev. John L. Stuart and the Rev. Drew Blanton officiated. Burial was in the Osyka Cemetery with Hartman Funeral Home in charge of arrangements. 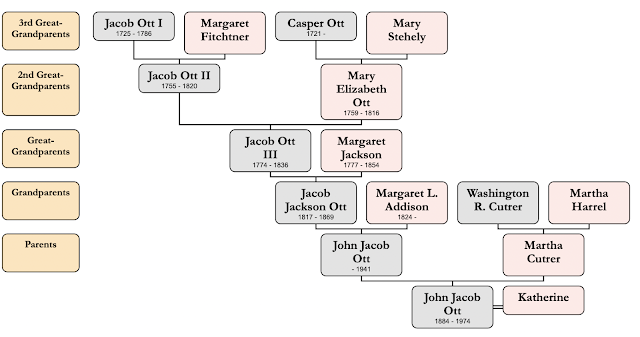 Related Posts:
Posted by Colleen G. Brown Pasquale at 3:00 AM No comments:

Timeline of the Kennington Family 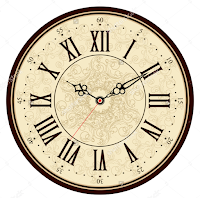 This chart shows the connection between the Kennington family & my paternal grandfather. 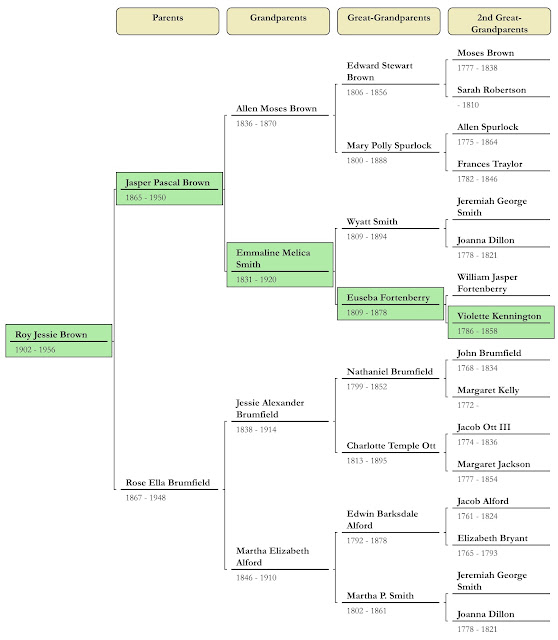 It can be difficult to “place” our ancestors in time so that others get a clear picture of their lives. In an effort to do that, I am writing this post. 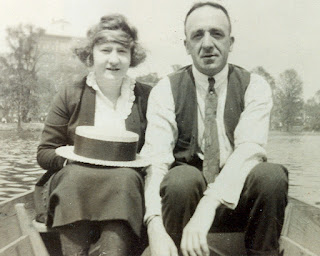 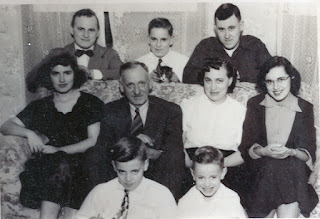 Air travel was largely reserved for the rich and famous in the late 1920s. Only 6,000 Americans flew in 1930. World War II produced enormous advances in aviation navigation, radar, and communications. Capital Airlines created the first coach fares for flights in 1948. The lower-cost tickets helped a much broader group of passengers experience air travel.  The "Jumbo Jet" opened up the skies for millions of travelers who previously couldn't afford it in 1970. Airlines, now able to fly large amounts of passengers, could now sell tickets at a more reasonable price.By the time air travel was commonplace 3 of my grandparents had died. Ivy could have but never did fly.

·      My grandmothers never drove a car. Neither of them ever learned to drive. Helen lived most of her life in New York City where a car was not necessary but Ivy was always in rural areas. Today it is unusual to find a person who lives in a rural area and does not drive.

·      My 4 grandparents never touched a computer or had cell phones. Nathaniel worked for Western Union. He used a telegraph key to send messages across the country. He used a typewriter as he worked his way up to W. U. manager in the Bronx. I have hand written letters penned by Nathaniel, Helen and Ivy. Personal computers did not begin to appear in homes until the 1980s.

·      3 of my grandparents never left our country. Helen did go to Bermuda on a cruise and may have gone to Canada. I am fairly certain the others never had passports or left the USA.

·      My 4 grandparents never owned a dishwasher or a microwave. There were times they had no running water. During the Depression Roy and Ivy sometimes lived in a tent with their children when the weather was warm. They cooked over an open fire and washed in the river. When Helen and Nat moved from the Bronx to rural Germantown their house had no running water. There was a water pump in the front yard and an outhouse in the backyard. Dishes were washed by hand and meals were cooked on a stovetop or in an oven. In 1970 about 40,000 microwaves were sold in the U.S. and in 1975 one million were sold.

·      Nathaniel never owned a television. His widow, Helen, did not have a television until circa 1960 when my mother said it would be more fun for her to watch her beloved NY Mets on a television rather than listening to the games on the radio. My mother bought her mom a small black and white television and Helen enjoyed watching those baseball games.

·      Nathaniel & Helen never had air conditioning. Window air conditioning units went on sale in the early 1930s but were not widely purchased because of the high price. A decade later Henry Galson developed an inexpensive version. 43,000 units were sold in the USA. Nathaniel and Helen owned a small house in rural Germantown, NY about that time and that house never had an air conditioner.

What did Your Grandparents Never Do?

Forget Me Not: Burrell H. Fortenberry

Services will be 10 a. m. Wednesday in Oral Baptist Church with the Rev. Lavell Knight and the Rev. Curtis Nobles will be officiating.

Mr. Fortenberry was born Oct. 30, 1894, in old Marion County. He was the son of the late Walter and Mattie Moore Fortenberry. He was a veteran of World War I where hw served in the U. S> Army.

Burial will be in the church cemetery with Capps Funeral Home in charge of arrangements. 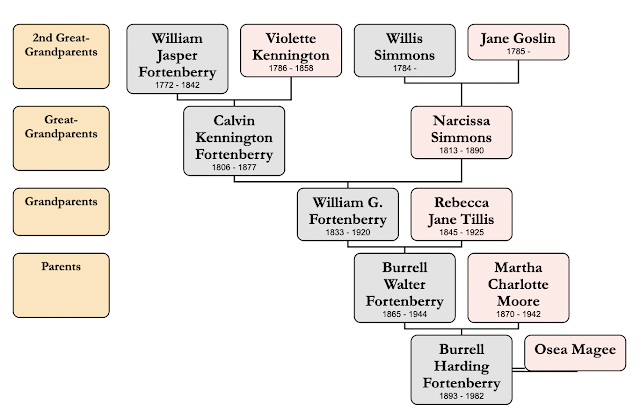 Related Post:
Posted by Colleen G. Brown Pasquale at 3:00 AM No comments:

Walter Ott served our country during World War II as a pilot in the US Air Force. His obituary gives some highlights of his career. Fold3.com gives us photos of Walter. Researching Walter's service was the first time I found photographs on Fold3. I was very excited to be able to see this amazing man. 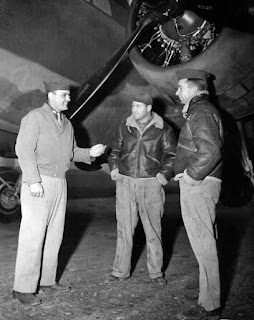 McComb, Miss. – Lt. Col. Walter Wesley Ott, a military pilot who ferried such celebrities as Bob Hope and Irving Berlin during World War II, has died. He was 89.

Ott died Monday. He was a test pilot for the Air Force for 22 years, but made a name for himself as a pilot for some of the era’s biggest stars – James Cagney, Bing Crosby, Mickey Rooney and Hope.

He was chosen during World War II to shuttle the celebrities to USO events because of his flying skills, according to his wife, Elizabeth Ott.

Elizabeth Ott said that as a leader in the military, her husband was protective of the young pilots under his command when it came to testing unproven new aircraft.

He was the test pilot on more than 50 flights during his career, she said.

Ott’s son, John Ott of McComb, said his dad’s fondest Thanksgiving was during the war when he had lunch with his childhood idol, Charles Lindbergh. Lindbergh was the hero to many flying enthusiasts after becoming the first pilot to fly nonstop across the Atlantic Ocean in 1927. 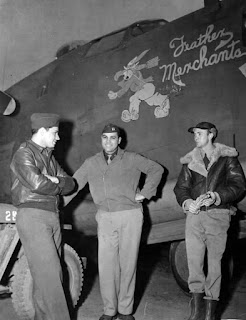 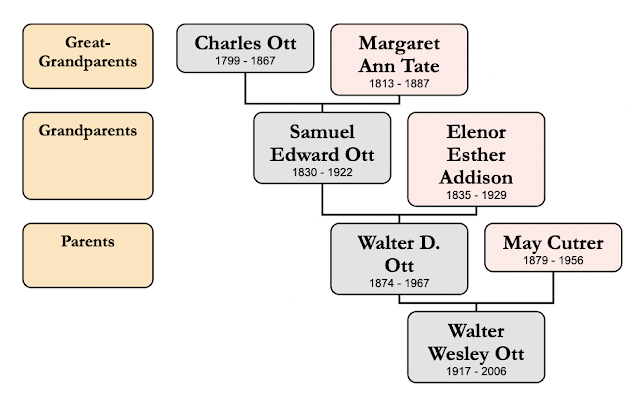