Here is an exert from my book in progress, 'Our Brown Roots'.
I am sharing it here to celebrate Independence Day by telling the tale of just one soldier who helped to win our independence.

Richard Dillon, Revolutionary War soldier, was born 7 October 1745 in Norfolk in the Virginia Colony[i], [ii]and became an apprentice to a cooper when he was 12 years old. He was bound to Christopher Harrison until he turned 21 as he was taught the business of being a cooper.[iii]The prevalent theory is Richard’s father died and therefore he was bound as an apprentice to learn a trade and support himself.
A cooper made barrels, or casks, which were cylindrical wooden containers. They may have held flour, gunpowder, tobacco or liquids like wine or milk. Casks served as shipping containers.[iv]

Many colonial coopers worked on plantations to produce the many hogsheads needed to ship tobacco from Virginia to Great Britain. Other coopers worked in towns like Williamsburg, turning staves and hoops into everything from butter churns to tubs. Large plantations often trained slaves in the trade. Coopers could also be found on military and merchant vessels, since casks were common aboard ships.[v]

In 1764, when Richard was 19 years old, he was living in Bertie County, North Carolina. He was still with Christopher Harrison under whom he apprenticed as a cooper. The county’s tax list shows Richard as a ‘white servant’.[vi]He continued in the same situation through 1768[vii]. At that time Richard must have completed his apprenticeship and moved on, using his skills as a cooper on other farms. In 1770 he was a ‘white servant’ for Thomas Sutton[viii]. In 1772 he worked for Humphrey Nichols[ix].
Beginning in 1774, when he was 29, Richard Dillon established his own home in Bertie County[x]. He was no longer shown as another man’s servant but was shown as a taxpayer in the county. He witnessed a will in May 1777.[xi]
By the time Richard lived in the county it already had a long history.

By the start of the American Revolution, Bertie County had undergone two centuries of change. It had evolved from the tranquil home of the Meherrin and Tuscarora to a thriving English colony with large prosperous tobacco plantations worked by thousands of African, Native Americans, and mixed-blood slaves. It had developed lucrative trading ties with its neighbors Virginia and South Carolina, as well as intercolonial and international trade with New England, Britain, and the British Caribbean. By 1774, Bertie County was one of the most prosperous counties in North Carolina. It had benefited greatly from being adjacent to Edenton, the colonial capital, and from serving as home for five colonial governors who guided the colony through difficult times.[xii]

Richard Dillon married Anne Lawrence, daughter of Humphrey Lawrence and Ann Ashley. The Lawrence family had lived in Bertie County for many years and Richard was there at least a dozen years before his marriage, circa 1776. Their children were: Joanna (Dillon) Smith, Nancy Ann (Dillon) Stallings, Lawrence Dillon, Clarkston Dillon, Willis D. Dillon, Mary (Dillon) Morris, Theopilous Dillon, Clarissa Clara (Dillon) Smith and Sarah (Dillon) Graves.[xiii]
Richard served in the Revolutionary War. When applying for a pension he said:

…he was drafted under Captain John Faulk in Bertie County, North Carolina, marched from thence to Northwest River Bridge in the month of March, next to headquarters and placed under Colonel Bluntin Maginnis, but has no recollection of the names of any of the subaltern officers nor their places of residence, was also commanded by General Gregory Cloissiant himself, resided when drafted near Edenton Sound Bertie County, North Carolina, claimant entered the service in the year 1781 served in one battle under Gregory at the North West River Bridge and served one three months tour under him, received his discharge and returned home,  Afterwards in the summer of 1781. Enlisted on Board of Privateer Greyhound commanded by Captain Saml Butler and remained on Board until he was taken prisoner by Frigate Baloosa bearing 36 guns and commanded by Captain Kennedy a Scotsman, and has no particular recollection of the length of time he was a Prisoner of War but as well as he recollects nine months, and that paroled upon honor, can't recollect of any man living who can prove the services here referred to, has no documentary evidence at all, and herby relinquishes any claim whatsoever to a pension of annuity except the present, and declares that my name is not on the pension roll of any agency in the state.[xiv]
Richard said he served on a privateer. Those vessels had an important role in the war.

When the American colonies declared their independence from Great Britain, the infant nation was in no position to defy British rule of the seas. Britain’s navy in 1776 was the world’s most powerful. States individually outfitted vessels of war and Congress established a navy, but it was a slow beginning. At no point in the conflict did the American naval forces have adequate resources to confront the Royal Navy on its own terms. The Royal Navy—once the protector of American shipping—now made every effort to suppress and destroy it. The Americans responded to the situation with the time-honored practice of privateering. Privateering encompassed two levels of participation. A Letter of Marque authorized armed merchant ships to challenge any likely enemy vessel that crossed its path during the course of a commercial voyage. A Privateer Commission was issued to vessels, called privateers or cruisers, whose primary objective was to disrupt enemy shipping. The ideal target was an unarmed, or lightly armed, commercial ship. Vessels of every size and description were pressed into service as privateers. Privateers achieved the best results if they could bluff an opponent into believing opposition was futile. When this failed the result was often vicious combat with unpredictable results. Many privateers were captured or sunk when the odds were against them. In spite of all the risks and hazards, the overall effort to cripple Britain's commercial fleet was highly effective, and fortunes destined to finance the new republic were made.[xv]

Following his time fighting for freedom, Richard was living again in Bertie County.  In 1783 he owned 150 acres of land.[xvi]In August 1785 Richard and Anne sold a tract of land in Bertie County to Benjamin Terlinton.[xvii]In February 1787 William Billips, William Cook and Richard Dillon were appointed “searchers in Capt. Ashburn’s District.”[xviii]In the same month Frederick James was bound to Richard “to learn the trade of a Cooper.”[xix]In November 1789 Richard and Anne sold another piece of land. They sold this land to Andrew Stanton.[xx]Richard and Anne were most likely selling their land because of their upcoming move across the border to South Carolina.
The family next lived in the Barnwell District of South Carolina, moving there about 1790.[xxi]The 1800 census report shows Richard in Barnwell District with six family members and six slaves.[xxii]They did not stay in South Carolina long but continued moving south to Mississippi where they would stay.

By 1810 Dillon was a resident of Amite County (listed in the 1810 Census for that year). In that same year he obtained a land grant in Marion County in a portion of the county that later became Pike County. This was probably the land that became known as ‘Dillon’s Bridge’.[xxiii]

That part of southern Mississippi was the Piney Woods which was “large in land but small in population.”

Historically, the Piney Woods was settled by a few hardy pioneers, who made a living through a combination of lumbering, small farms, and commerce. Those independent families came to Mississippi with little money and could not afford to buy the richer lands of the prairies or the Delta.[xxiv]

At the time of the War of 1812 the Dillons were in Mississippi. Richard’s sons, Clarkston, Theopilous and Willis D., enlisted in the Mississippi Territory Militia on 3 January 1815 and served until April of the same year.[xxv]
While living in Mississippi Richard and at least three of his sons lived close together. In 1819 Richard Dillon purchased two tracts of land, 160 acres each, in Walthall County, “west of the Pearl River”.[xxvi]The following year his son, Clarkston Dillon, purchased 160 acres that were also “west of the Pearl River”.[xxvii]The 1820 census showed Richard with several family members and 13 slaves. His sons, Lawrence Dillon, Clarkston Dillon and Willis D. Dillon lived close by.[xxviii]In 1825 Richard and his son, Lawrence, of were joint owners 80 more acres in the same area.[xxix]
Richard may have become an ancestor whose life’s story faded with time as has happened with many men of that era. However, an important document survives which details his life, especially his military service. His pension application survives. On 26 August 1776 the Continental Congress enacted the first pension law which gave benefits to any officer, soldier or sailor who had lost a limb in battle or who was so disabled in service that rendered him unable to earn a living. At that time the Congress actually had no money and relied on the states to give money to the veterans. Over the years pension benefits were expanded to include more veterans. On 7 June 1832 Congress extended those benefits more widely than previously. This act provided for full pay for life for all officers and enlisted men who served at least 2 years in the Continental Line, the state troops or militia, the navy or marines. Men who served less than 2 years but at least 6 months were granted pensions of less than full pay. Almost 28,000 veterans claimed pensions under this 1832 act. One of the veterans who traveled to his local courthouse to apply for a pension was 87-year-old Richard Dillon. Veterans or their widows were required to file applications detailing their military service and other information about themselves and their families. Most of the early documents were destroyed by fire in Washington, D. C. Later documents survive and are protected at the National Archives.[xxx],[xxxi]Richard Dillon’s original application with his signature is preserved there for the future and the digital image is available for anyone to view. [A transcript of that application is included in this chapter.] His pension request was not decided until after his death. In November 1833 his request was rejected.[xxxii]
Richard Dillon died 7 October 1833 and is buried in the Smith Cemetery in Dillontown, Mississippi.[xxxiii]After his death his sons, Lawrence and Willis settled his estate as evidenced by a newspaper notice.

Letters testamentary having been granted to the undersigned last Nov’r. term of the Probate Court of Pike County, on the estate of Richard Dillon, late of said county deceased – Notice is herby given to all those having claims against said estate, to present them, duly authenticated, to the undersigned, within the time prescribed by law, or they will be barred. Willis Dillon, Lawrence Dillon.[xxxiv] 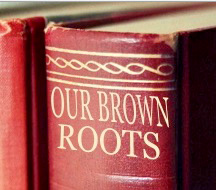 'Our Brown Roots' is a work in progress.