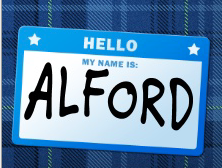 Julius Alford, born September 1717 in New Kent, Virginia, was the youngest son of James Alford and the grandson of John Alford.[i] He was in his teens when his father died. By the time Julius was 30 he was in North Carolina with his wife, Lucy and their first child, John. He and Lucy had seven children: John Alford, Isaac Alford, Goodrich Alford, Polly Alford, Sarah Alford, Jacob Alford[ii] and Job Alford.

Like his older brothers, Lodwick and Goodrich, Julius lived in Saint Peter’s Parish, New Kent County, Virginia. His name is in the records of the parish. He was there in October 1735.[iii] Also, like his brothers, Julius migrated south to North Carolina. In March 1753 he was in Granville County when he witnessed a deed for his brother Lodwick.[iv]

The land known today as Granville County was once the home of many Indian tribes, dominated mainly by the Tuscarora. After the Tuscarora War of 1711, settlers mostly from Virginia began to populate this area, attracted by the abundant game, well-watered woods, and rich land. By 1746, the area had a population sufficiently large enough to merit becoming an independent county, separating itself from Edgecombe County's western frontier.[v]

Difficulties with the Tuscarora were not over. More people moved into the area. There was less land and resources. The Indians were pushed out of their home. In 1754 there was an Indian uprising “which affected the progress of the commercial life.” Governor Dobbs arrived from England and found a war in progress and the county’s “affairs in deplorable condition.” The Governor called for the militia.[vi]

Edgecombe responded, reporting 1,317 men. On Roanoke River in Bertie and Edgecombe there were still a hundred warriors of the Tuscaroras and about two hundred women and children. In Granville County on the west there were the Saporas with only fourteen men and fourteen women. The long struggle with the Indians terminated after about seventeen murders and ten or twelve captives being carried away.[vii]

Both Julius Alford and his brother, Lodwick, were a part of that militia.

October 1754 saw both Lodowic [sic] and Julius Alford marching and drilling as Privates in the Granville County Militia. In those days every able-bodied free man was obligated to own a rifle or musket and serve in the Militia. Judging by the trouble that the Colonies were having with raiders, especially the Indians and the Spanish privateers around the Sound, it’s probable that they saw some fighting.[viii]

In 1769 Julius Alford is among a list of taxpayers in Granville County.[ix]

County borders changed. Edgecombe County had been divided to form Granville County. In 1764 a portion of Granville County became Bute County. The county was short lived and abolished in 1779 when it was divided into Warren County and Franklin County.[x]
Julius Alford can be found in Bute County in 1769 in a land deed and in a description of the location of a road. In 1771 his will was presented in court.[xi] 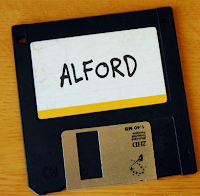 Three of his sons moved across the border from Virginia to North Carolina.

Italian explorer Giovanni de Verrazano (1524), Spanish explorer Hernando de Soto (1540) and English explorer Sir Walter Raleigh (1584) were sent to search for gold and other treasures in the area that would become North Carolina.[x] English settlement at Roanoke was attempted, failed and further settlement of the area stalled.[xi]
Heavily loaded ships had difficulty navigating North Carolina’s coast. The area’s rivers drain into the sounds and inlets which fill with shifting sands and can be treacherous.  The Chesapeake Bay in Virginia drew more settlers than North Carolina.[xii]
The Native Americans remained undisturbed for decades. When new pioneers started to move into that region again they came, not from Europe, but from Virginia.[xiii] As available land in Virginia became scarce and the continuous cultivation of tobacco depleted the fertility of the land the exodus south increased.

An almost constant movement of immigrants into the backcountry took the frontier to the foot of the Blue Ridge, and the Indians were driven beyond the Appalachian barrier. Tremendous tracts of forest, never before cut even in the Coastal Plain, were cleared and the land put into cultivation. Mills were built, roads laid out, lighthouses erected along the coast, the channels of rivers and sounds cleared and marked, ferries established, towns incorporated, and trade expanded. People began to build better houses and to have better furniture. Parishes were laid out, churches erected, and schools established. By the beginning of the American Revolution North Carolina was the fourth most populous of the thirteen colonies.[xiv]
In 1730 the population of North Carolina was approximately 30,000 whites and 6,000 blacks. By 1775 there were more than 265,000 whites and 10,00 blacks. There were several reasons for the population explosion. Land companies persuaded many to come, pointing out the mild temperatures and the fertility of the soil. A spirit of adventure lured many young men and women. Missionary zeal inspired others to follow the path to North Carolina.[xv] We don’t know if their reasons were economic, political, religious or personal but we do know our Alford family was a part of that population.

Three sons of James Alford, Lodwick Alford (b c 1707[xvi]), Goodrich Alford (b c 1710[xvii]) and Julius Alford (b September 1717[xviii]), moved from their birthplace in New Kent, Virginia to North Carolina. In October 1735 all three brothers were in Saint Peter’s Parish.[xix] They journeyed south with their families. Initially the Alford brothers can be found in Edgecombe County. Later, Edgecombe was split to form Granville County. Later still Granville County was split to form Bute County which was short lived and abolished in 1779 when it was divided into Warren County and Franklin County. When searching records for our family several counties must be researched.