Euseba married Wyatt Smith, son of Jeremiah Smith & Joanna Dillon. They lived in Pike County, MS where they raised nine children.[2] Son, Rankin b c 1844, was not listed in the 1850 census. He may have died before then.

Her youngest sons were too young to serve in the war. Adolphus S Smith went on to become a dentist.[6] Walter Lorraine Smith followed his father’s footsteps and was a farmer.[7] Euseba’s three daughters all married and had children of their own. Hopefully the births of her grandchildren helped ease the sorrow from the losses she endured.

The Wyatt Smith cemetery is not easy to access. There are trees, shrubs and weeds in a big tangle around the stones. Wyatt and Euseba’s stones are broken. Euseba’s name is missing from the top of her stone. It just says, “Wife of Wyatt Smith” with the dates. 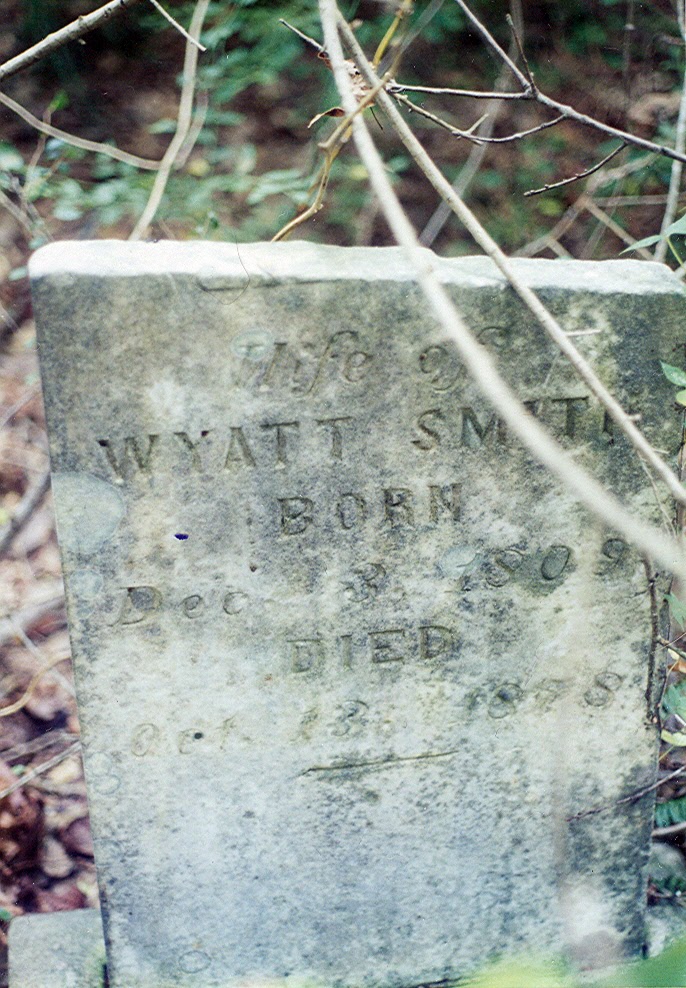