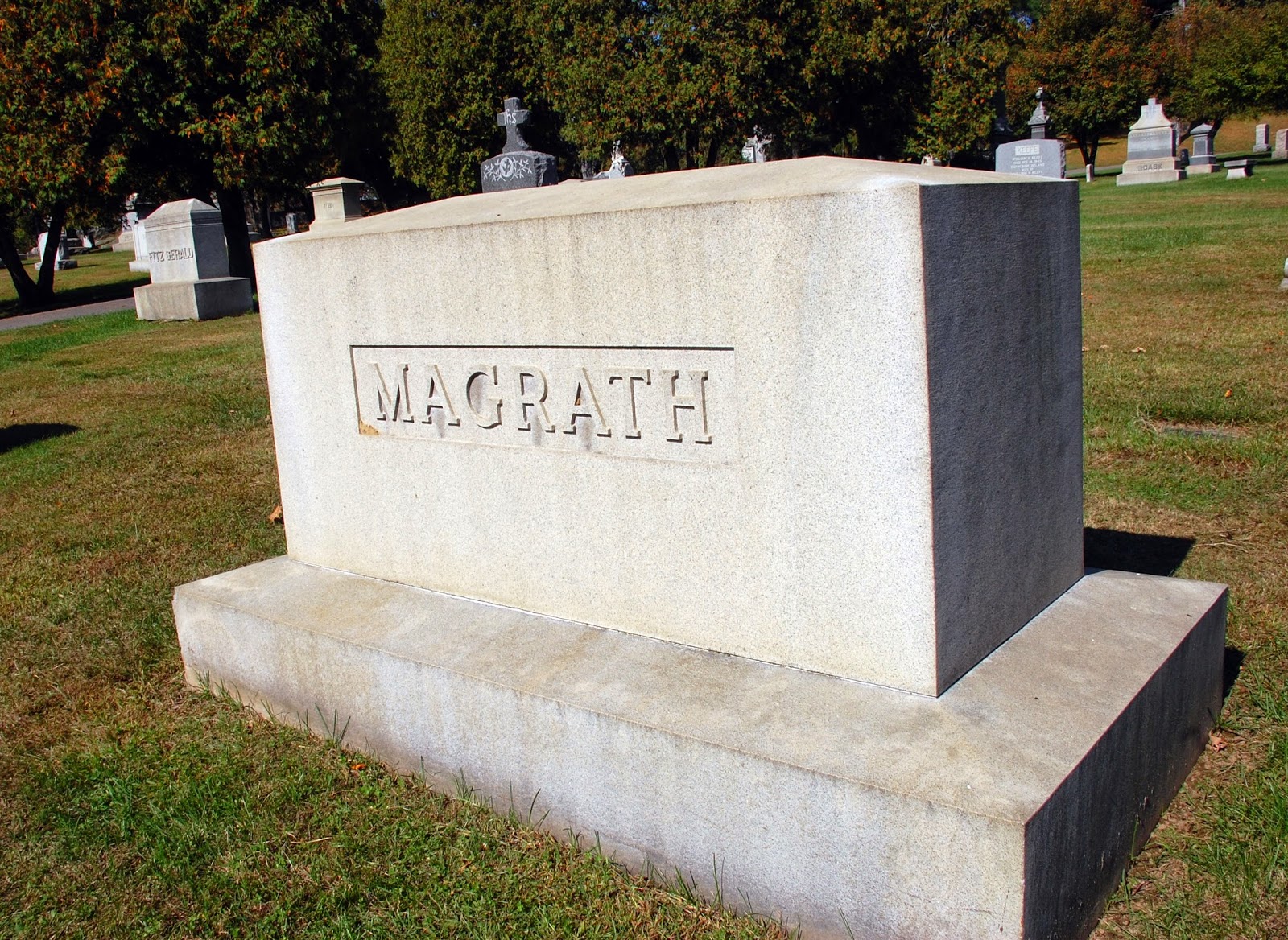 
Former Resident of This City Dies Suddenly in Brooklyn

Word was received this morning by Mrs. William Larkin of Shelton that her brother-in-law, N. D. MacGrath formerly of this city, died suddenly yesterday in Brooklyn, where he made his home. Mr. MacGrath was very well known in Derby where he lived until he went to Brooklyn. He was called “Dick” by his friends. He had been employed as an auditor by the Equitable Life Insurance company.

Mr. MacGrath is survived by his wife, who was Miss Mary O’Reilly, and a brother who lives in Brooklyn. Mrs. Larkin and Mrs. H. Milo Chaffee, both of this city, are sisters-in-law and they went to Brooklyn today. Mr. MacGrath’s death came as a shock to his relatives here as a letter was received yesterday from him by Mrs. Larkin and he was in his usual good health.

Note: Nicholas' name is spelled  different ways in his obituary: McGrath & MacGrath. I have decided to use the spelling on his tombstone: Magrath. 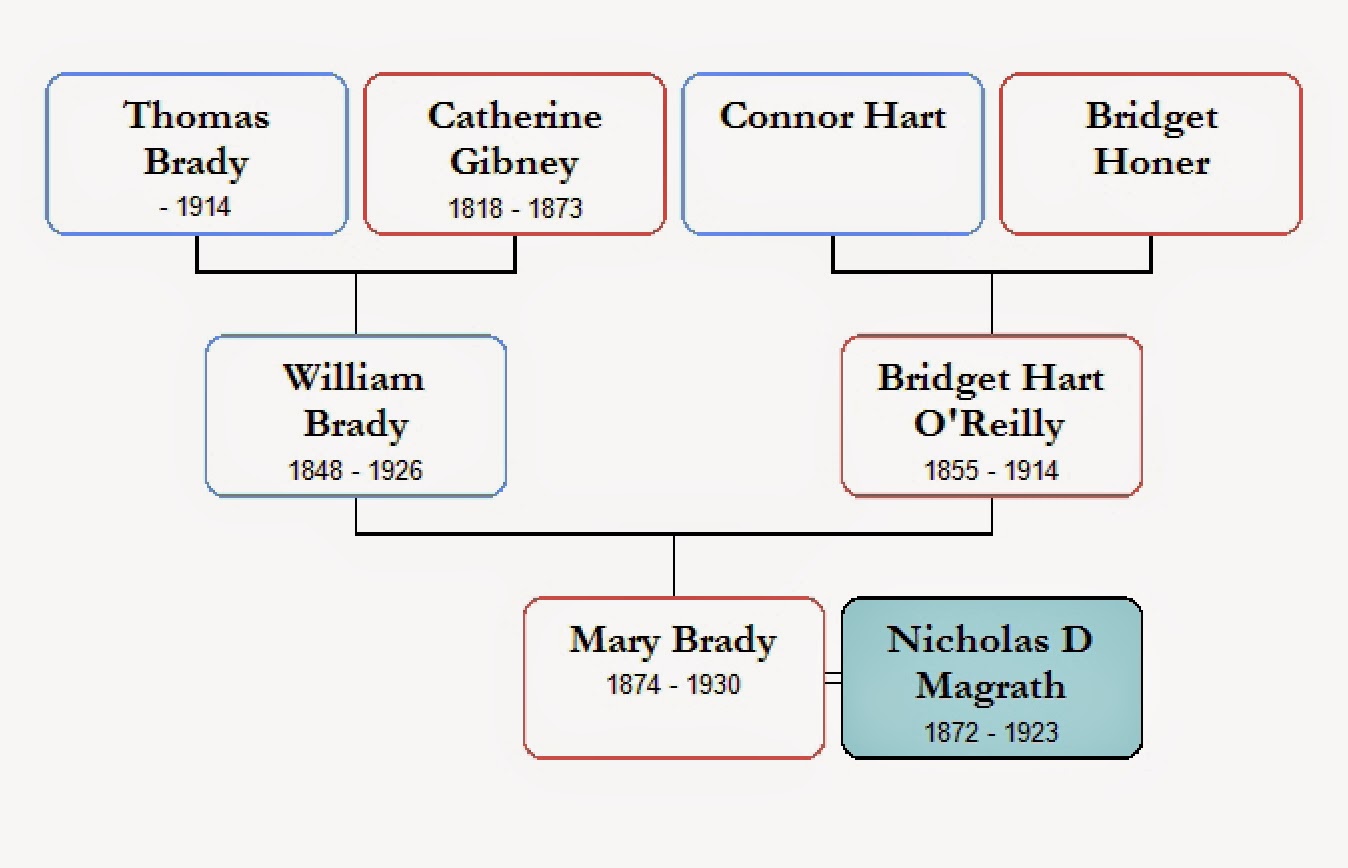 The funeral of Nicholas D. McGrath, a life time resident of Brooklyn, N. Y. and husband of Mary E. O’Reilly, formerly of this city, was held from his late home at 548 76th street, Brooklyn, yesterday morning at 8:45 o’clock and at Our Lady of [unreadable] solemn requiem high Mass was celebrated. Internment was made in Mount St. Peter’s cemetery this city at 4 o’clock yesterday afternoon. Undertaker Thomas F. Stapleton had charge of funeral arrangements and the bearers were two brothers-in-law, William F. Larkin, Milo E. Chaffee, of Shelton, Patrick H. O’Brien, Patrick McCabe and William McCormack, of this city, and James Collins of Brooklyn.

Sudden, unexpected deaths are the most difficult, I think.

Fifty-one is a very young age to lose a husband and father.