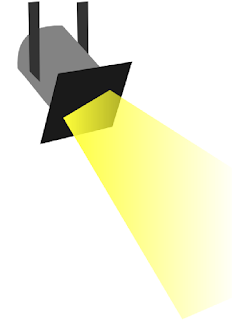 My Great Aunt;
Sister of my Grandfather, Roy Jesse Brown 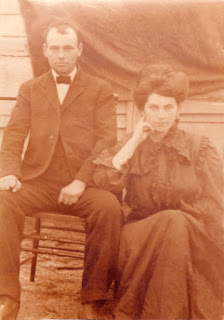 Lucy Viola (Brown) Fortenberry was born 16 October 1888. On 17 December 1908 she married Tate Edward Fortenberry, son of Webster Fortenberry and Nannie (Ellzey) Fortenberry. Tate was born 14 January 1885.[i] Both of their fathers were farmers.
In 1910 Lucy and Tate were in Pike County where Tate was a farmer. They had one son, Shirley Fortenberry, who was 5 months old.[ii]In 1920 Tate was a log cutter in a logging company. Lucy, 31, was the mother of two children: Shirley, 10 years old; and Cecil, five years old.[iii]In 1930 Lucy and Tate had sons Cecil, 16, and Kenneth, 4, living at home.[iv]In 1940 they were still on Walker’s Bridge Road. They owned their home, valued at $900. Tate was a farmer and Lucy ran their home. Their youngest son, Kenneth, was 14 and lived at home.[v]
At the time of World War II, Lucy & Tate's sons, Shirley Redelle Fotenberry and Kenneth Keith Fortenberry, were living at 409 Maurice Avenue in New Orleans and both working at Jones and Laughlin Steel Corporation. Shirley was married to Thelma Mae (Ginn) Fortenberry. Kenneth was single and listed his oldest brother as his closest relative.[vi],[vii]
Tate Edward Fortenberry died 8 February 1941.  There was a question about the cause of his death.

Verdict Issued in Disinterment; Coroner’s Jury Says Tate Fortenberry Victim of Pneumonia. A verdict of ‘met death by reason of pneumonia was issued Tuesday by a jury called by Coroner Ray Cain in the disinterment of the body of E. T. ‘Tate’ Fortenberry, 53-year-old prominent farmer of Progress community who died in a Magnolia hospital February 9, 1941. The jury issuing the verdict included J. O. Dulaney, D. C. Brumfield, Fred Wilson, D. D. Varado, J. W. Goings and one other man. In connection with this case, Coroner Cain issued the following statement: “E. T. ‘Tate’ Fortenberry, Progress farmer, happened into Kelly’s beer parlor on South Boulevard in McComb on or about February 8. While talking to friends there, he was hit by a man he could not identify. I have witnesses who have testified to me that Wayne Knight allegedly dealt the blow. Mr. Fortenberry was carried home to Progress suffering a severe laceration of the head. He was then taken to a Magnolia clinic where he lingered some time and then died. Two of his sons, of New Orleans and New York City, came later and demanded the body be disinterred and a post mortem conducted for which a court order was issued February 14 by Judge J. F. Guynes to the coroner of Pike county. This order was executed immediately, with assistance of Sheriff Alton Davis and Deputy Sheriff George Guy. The jury could not reach a verdict that day because specimens had to be sent to New Orleans for analyzing. And the jury adjourned to February 25 at 1 p. m.” The coroner then revealed the verdict given by the jury he summoned in the case.[viii]


Do you now more about Lucy?
Please reach out to me.
cgbp[at]nycap.rr.com