What I like about this obituary, as a genealogist, is that William is a 'Pike Native' and was from an "outstanding pioneer" family. Those clues showed me he was one of 'our' Smiths. My research taught me that our Smith family was in the area by 1808. Pike County, MS was formed in 1815. William's great grandparents, Jeremiah & Joanna, moved there from Lancaster District, South Carolina. According to tradition they moved their belongings in a cart.
William's first wife, Martha Aner Alford, 1867 - 1926, was my first cousin 3x removed. She was the daughter of Junius Newton Alford & Mary Margaret Brumfield. They had 7 children.
William Jasper Smith

Wm. J. Smith, Pike Native, Passes at 88
Services Sunday for Resident of Biloxi for the Past 26 Years

William Jasper Smith a native of Pike County where his forbearers were among the outstanding pioneer families, succumbed at 12:15 p. m. Friday, March 31 at his residence in Biloxi, where he had lived for the past 26 years.

Mr. Smith was 88 years of age, having been born Feb. 7, 1862, in the community known as Smithburg, in Pike County. He ws the son of the late William Jeremiah and Rachel Ellzey Smith.

Funeral services were held Saturday afternoon at two o’clock, from Silver Springs Baptist Church, with Rev. C. P. Jones conducting, and Rev. F. W. Gunn of Poplarville assisting. The deceased had been a member of the Baptist faith for 65 years, the past 24 years of which he had been affiliated with First Baptist Church of Biloxi.

He was a Mason, belonging to Rising Glory Lodge of Osyka. Rites of the fraternal order were administered at graveside, with Masons also serving as pallbearers.

He married Miss Aner Alford in December, 1889, and six children were born to the union. His first wife preceded him in death by many years, and he married Miss Eva Boldt in Biloxi in October, 1924.

Burial was in Silver Springs Cemetery with Hartman Funeral Home in charge of services. 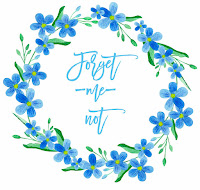