The idea of honoring Confederate soldiers is not socially acceptable at this time. However, in 1999 these young men were honored for their service which had resulted in their deaths in 1862. Although the idea of slavery is detestable, service did not always mean support of slavery. Whatever their reasons for serving, these men were a part of our family  and this newspaper article documents their lives. William & Newton are featured in the article because their service resulted in their deaths. Another brother, Arnold Jasper Smith, was also killed in 1862.

or a Smith relative raised by Wyatt & Euseba

Husband of Saryntha A. Smith; 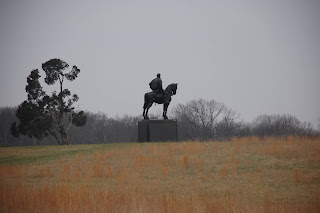 William J. and Newton Smith will be honored at 11 a. m. Sunday, May 8, 137 years after their deaths in the Civil War. The Sons of the Confederate Veterans of Louisiana and Mississippi will remember the Smiths, sons of Wyatt and Euseba Fortenberry Smith of Silver Springs.

Memorial markers have been placed in the cemetery and will be dedicated along with ones honoring their brother-in-law, John S. Ellzey and another relative, Rankin Smith, who was raised by Wyatt and Euseba Smith.

The cemetery is five miles north of Mount Hermon, or three miles south of Progress, on Progress – Mount Hermon Road.

The public is invited to the dedication ceremonies, which will include authentically attired Confederate living historians firing rifle salutes, as well as the unveiling of the markers. A covered dish dinner will follow in the fellowship hall of Silver Springs Baptist Church.