Various Branches of my Tree Met in 1868

Our research usually finds our family members in isolation. In a census record we might find relatives in neighboring homes. A birth or marriage record might show more than one generation. When I came across this newspaper article it did not stand out because of the meeting it described but because many of those who attended come from various branches of my family tree. Fathers and sons, and brothers who were interested in agriculture came together. Men from various branches of my tree, men whose lives I have traced came together. They sat together, shared their thoughts and perhaps sipped coffee. It is not surprising that they spent time together. They were neighbors. They intermarried. They had much in common. And now I have evidence that they did get together. 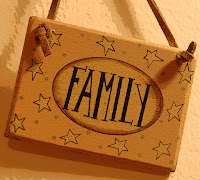 “A meeting of many citizens was held at the residence of Dr. J. J. Alford…22 July 1868 for people interested in pomology [the science of growing fruit] and horticulture.” People from Washington parish, LA and neighboring counties in MS were welcome to join the meeting. They planned to meet monthly to discuss pomology and horticulture.

A list of attendees was included and several are members of our family tree. Several others are most likely family members but I cannot definitely connect them at this time.

Note: I have added family information after the names of attendees. This was not included in the newspaper.

A second newspaper article, written the following year is evidence that the group continued to meet. “We are glad to see our native farmers and planters are striving to change the old ways for new, where it is found that the old ways wear out the land, or are circuitous or slow, and that the new improve the land and bring the cultivator with rapidity to abundant enjoyment of its fruits.” The second article mentions Dr. J. J. Alford but does not list all the members of the group.


Are you related to these families? Let's talk.