Willis was a farmer & a native of "old Pike County." 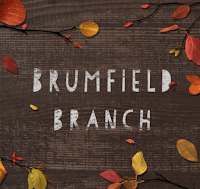 Tylertown – Funeral services for Willis R. Brumfield, 74, will be held at 10 a. m. Tuesday in the Knoxo Baptist Church.

A native of old Pike County, he was a lifelong resident of the Walthall County area.

Rev. Larry Johnson will officiate. Members of the board of Deacons of Knoxo Church will serve as pallbearers.

Burial will be in the Tylertown Cemetery with Ginn Funeral Home in charge of arrangements.