I am still working my through the alphabet, posting my surnames, many that need to get 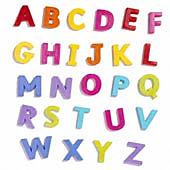 out and get some air. R is for research & some really nice people.

R is for these Surnames…

Ritter
My sixth great grandfather was Heinrich Ritter [c 1715 Germany – 1797 PA]. I have a long list of Ritters who are descendants of Heinrich & his three brothers. Heinrich & his wife, Maria Elizabeth Tutt had ten children. Many Ritters are still in Pennsylvania. At one time they lived in Rittersville. My branch moved on to Ohio. My third great grandfather, Isaac Ritter and his wife, Isabell Fisher raised a dozen children in Wayne County, OH.
My third cousin, once removed, Larry Knox & his wife, Bonnie, introduced me to our Ritter connection. Over the years he has been a great resource for Ritter information. His book inspired me to write about my Mark Family.

Robertson
Sarah Robertson, daughter of Christian Robertson, died in Liberty, Georgia in 1810. She married Moses Brown [1777 – 1838 MS] and had four children. She is my 4th great grandmother but I know very little about her.

Other ‘R’ surnames in my tree: Raby, Rambaucher, Raudebaugh, Reed.
Posted by Colleen G. Brown Pasquale at 1:00 AM