Y & Z is for these Surnames… 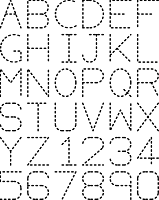 This is the final post relating to my Alphabetical Ancestors. All year I have been posting surnames, both from the major trees in my family and from the minor branches. This has helped me to identify branches that need more light & fertilizer to grow.

Information on these final surnames is very limited but I don’t want to leave anyone out.