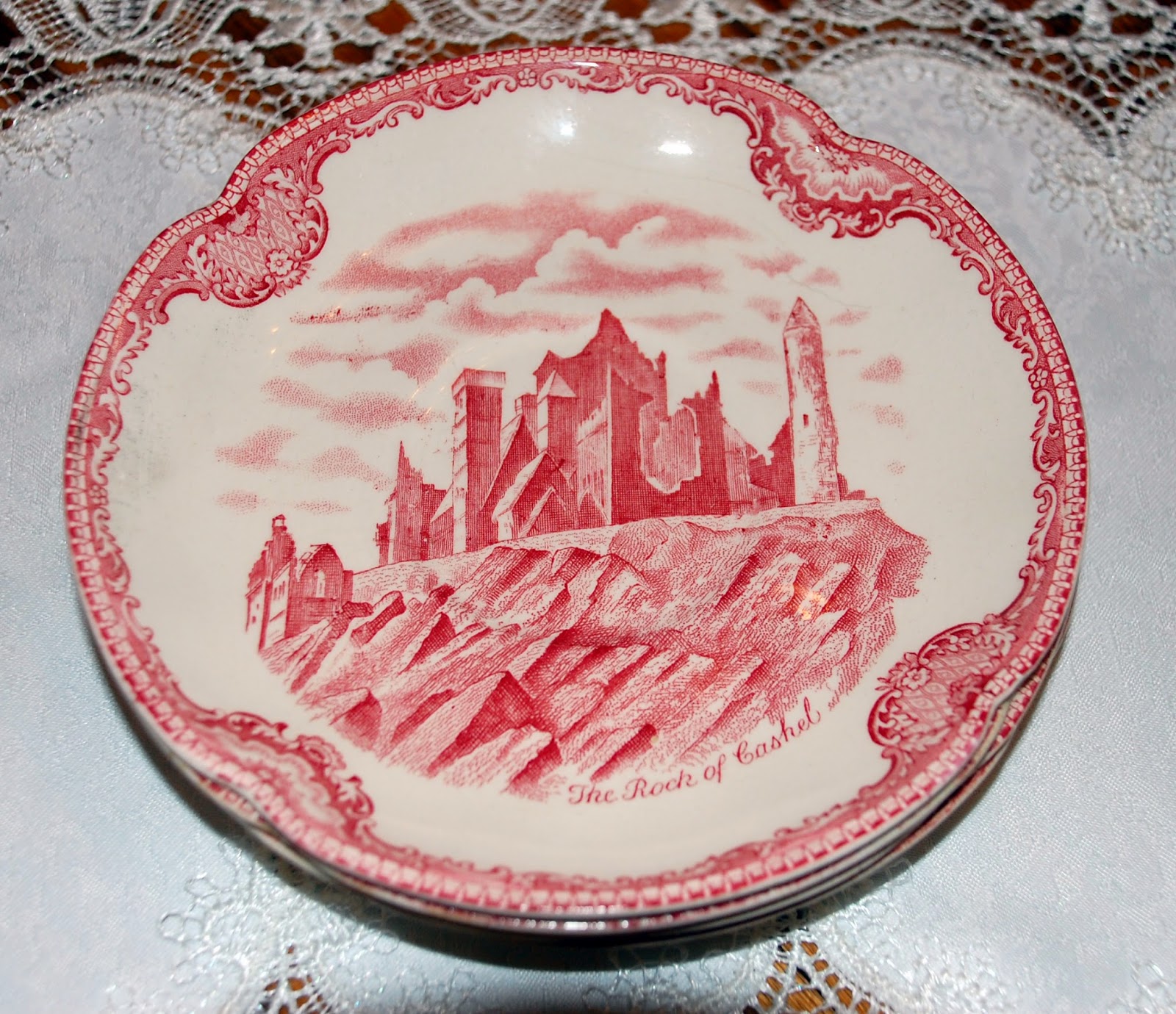 These four pink plates were owned by my paternal grandmother, Ivy R Mark Brown. My aunt & uncle recently shared some of Ivy’s treasures with the family in a ‘No Tag Tag Sale’ that allowed family members to select items once owned and used by Ivy.

First I noticed the pretty pink color of these four plates and then I looked closer at the design. The picture is the Rock of Cashel in Tipperary, Ireland. I was surprised because this is not the Irish side of my family. Perhaps these were once a gift. Perhaps the color or design just appealed to her.

Besides the fact that these plates had belonged to my grandmother and the pretty color, I wanted the small lunch sized plates because I have visited the Rock of Cashel. My oldest daughter & I visited Ireland in 2012 and the Rock of Cashel was one of our favorite spots. On my next visit to my daughter, I plan to give her these lovely plates.


The plates were made in England by the Johnson Brothers. According to Wikipedia, 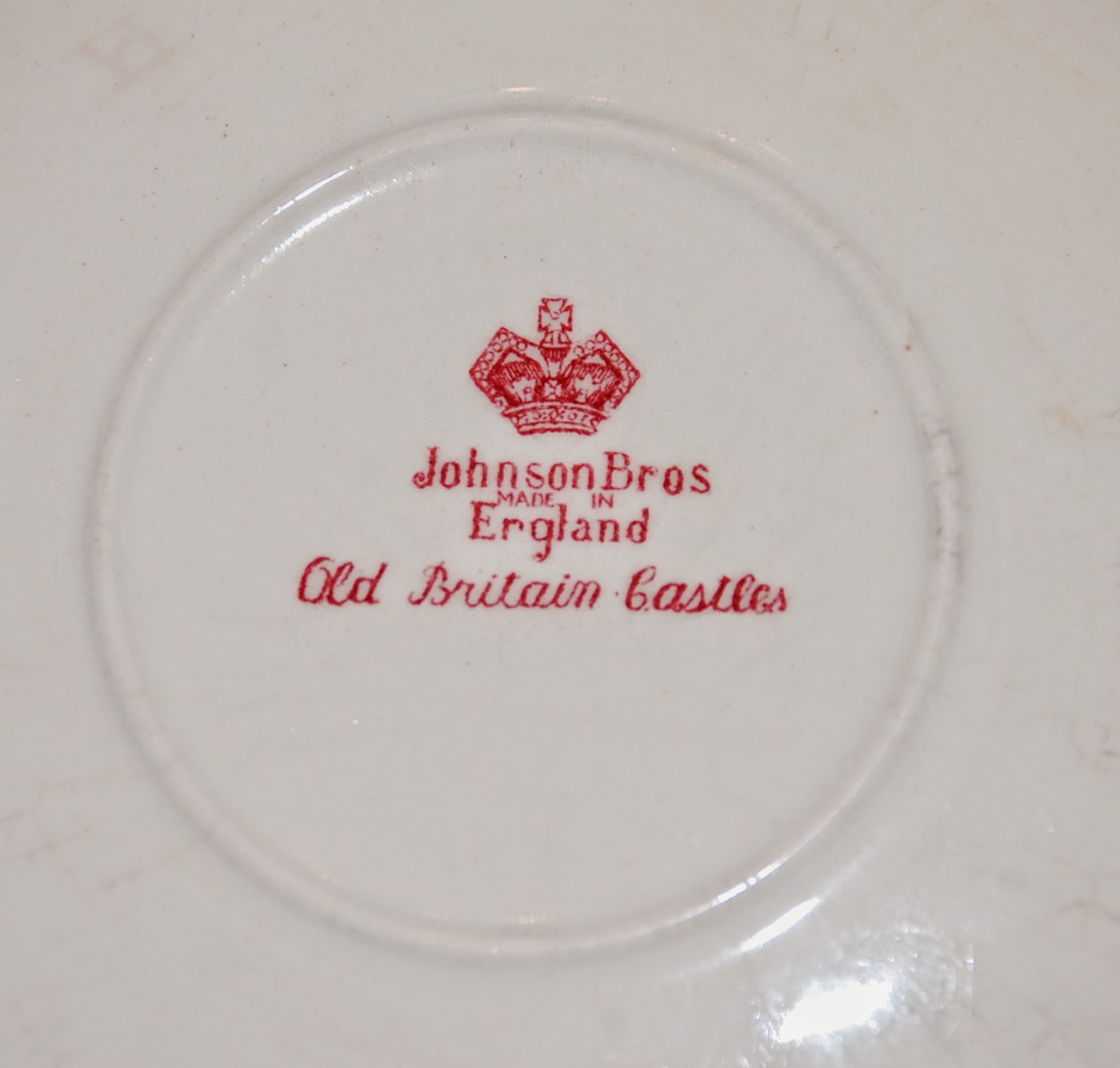 “The  four original 'Johnson Brothers' were Alfred, Frederick, Henry and Robert. Their father married the daughter of a master potter, Alfred Meakin. In 1883 Alfred and Frederick Johnson began production at a defunct pottery known as the Charles Street Works they had purchased at a bankruptcy sale in Hanley, Stoke-on-Trent.” The brothers “developed a product known as "semi-porcelain", a range of earthenware that had the characteristics of fine china, but the durability of ironstone. This kind of tableware soon became very popular in the United States due to its durability and low cost.” 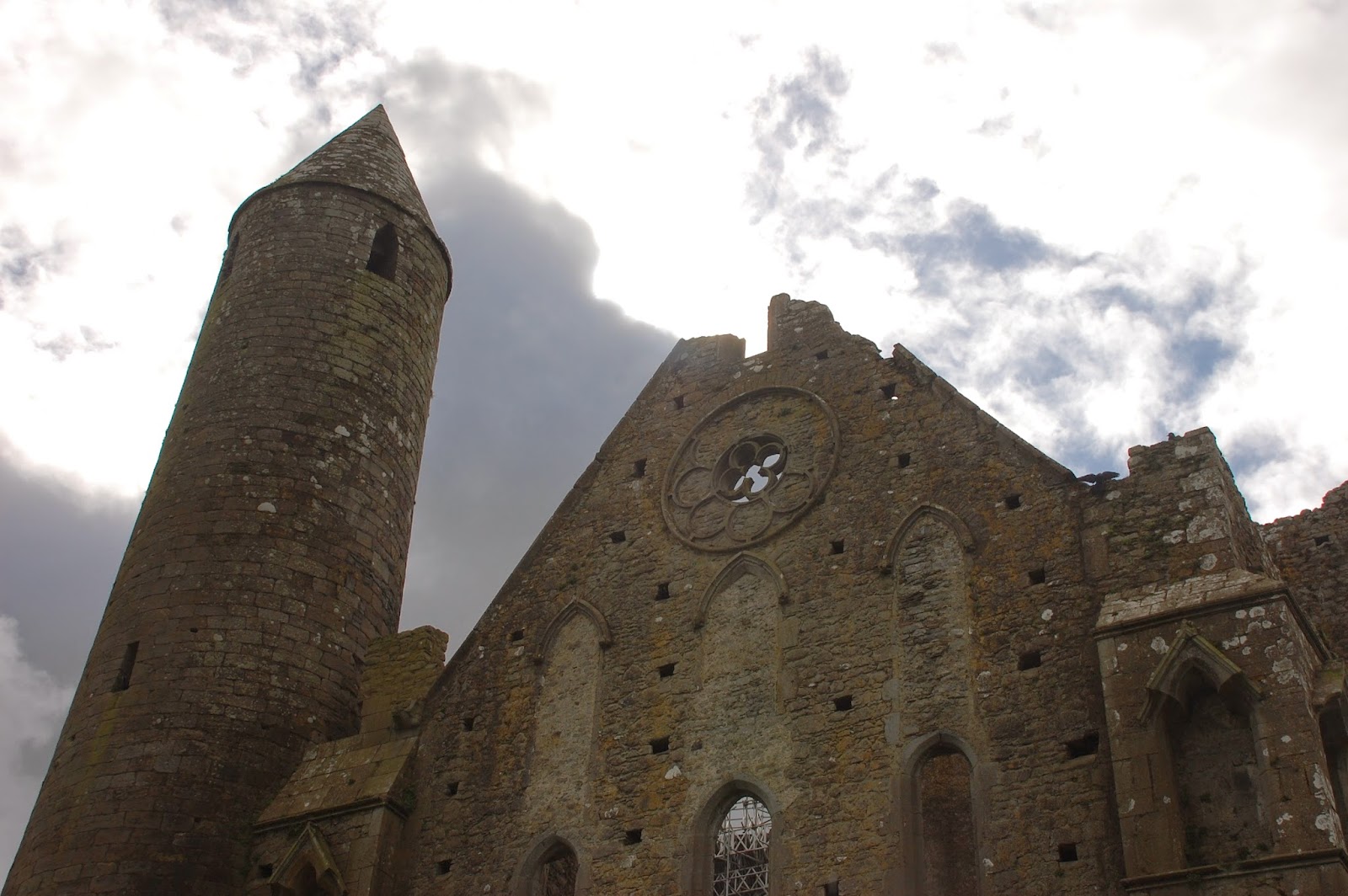