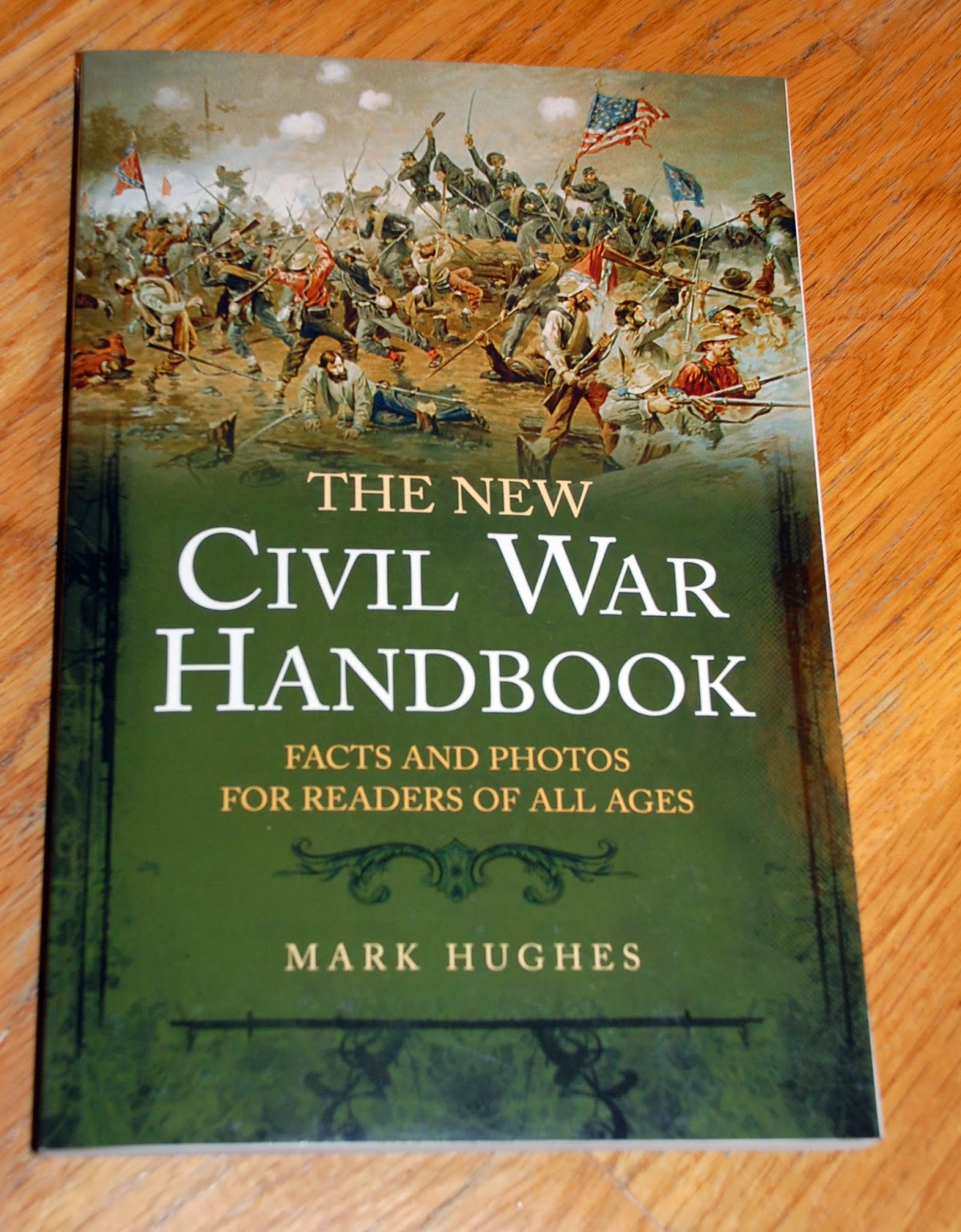 
If you are researching an ancestor who served in or lived during the time of the Civil War it would be good to brush up on the facts. This 158 page handbook might be just the place to begin. You can learn there are almost two dozen names for the conflict including ‘The Brothers’ War’. You can learn that the average age of Union soldiers at the time of enlistment was 25.8 years and that one in every four Union soldiers was born outside of the United States.

I knew that my 2nd great grand uncle, John Mark, had been killed in action at Chickasaw Bayou, Miss. Dec. 28th 1862. Mark Hughes’ Handbook records 1,929 Union soldiers and 207 Confederate soldiers were killed, wounded, captured or missing as a result of that battle. This gave me a clearer picture of the scope of the battle that claimed John Mark.

If you are interested in details of battles, war strategies and biographies of those involved you will want a more detailed book. This one is just an introduction but it will get you started on the right path.


Section I: The Facts

Haven't read this one; will go to my local library and see if they have it avaiable.

Libraries are a great resource!