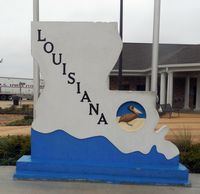 On Nov. 21st 1914, at his home in Washington Parish, Dr. Jeptha J. Alford. Born on the 2nd of Aug. 1830 just above the State Line near his home where he died, being 84 years and three months old. The long active and useful life of the above, the great services to his fellowman, the value of his influence and the example his life has been to the community in which he lived, the importance of his acts to his country and state entitles him to more than a mere passing notice among the list of the dead.

Beginning life at a time when the opportunities for acquiring an education was quite limited compared to the present time, he by diligent study in the country schools acquired sufficient education to teach school and in 1853 and 1854 he taught school in the Parish of St. Helena teaching and studying for his chosen profession which was Medicine. It was during the time he was teaching that he took part in his first political campaign, and showed his great ability as an orator and stump speaker. It was in 1814 when the great wave of Know Nothingism or “Sons of the Sires” swept over the country he canvassed that Parish for that party, and it defeated the Democratic Parish.

Graduating in Medicine from old Louisiana Medical College in 1856, he began his remarkable career as a practicing physician and of his works as a doctor, a volume might be written. It was at a time when there were few doctors, and the territory in which he practiced was more than forty miles in circumference, and during the sickly season, which was in the late summer months, when there was a great deal of fever, he could for weeks at a time only get a few hours rest, and only his strong vigorous constitution enabled him to do this work. It was as practicing physician that he first displayed the charitableness of heart, that unselfish devotion to the task of relieving the needy that was characteristic of his whole life. No trips were too long, no night too dark of cold to prevent him from visiting the suffering tho [sic] he knew there was no possibility of his receiving any compensation for his service. During the Civil war he remained at home and administered to the families of the absent soldiers free of charge often compounding his own medicine. And could we but know in this long practice of forty years the homes he has visited, or estimate the thousands of suffering he has relieved, we might form some opinion of the great benefit he has been to his fellow man.

Of a cheerful and lively nature, he carried this jovial personality of his into the sick room, and he often said that he cured more patients with his laugh than he did with his drugs. Tho [sic] great as was his work among the people as a doctor the most lasting benefit to his country will be his influence he has left upon the succeeding generation, by temperance. In 1850 when the “Sons of Temperance” was organized in the country to fight the evil of intemperance he enlisted under their banner, and for sixty years he has constantly and on all occasions pointed to the great evil of strong drink.

Scientists tell us that if the light of a very distant star was to be shut out that the world would be hundreds of years missing its light. How much longer will a light that has shone from a life in the world that has shone on the lives of his fellows and influenced their character, be transmitted along the rolling years of time. Dr. Alford with his fellow co-workers, Wyatt Smith [Jeptha’s uncle], G. C. Fortinberry and Judge T. E. Tate and others have left their influence for good on the community in which they lived, that can never be lost. There is an incident in the death of Judge Tate and Dr. Alford that is remarkable.

They had been close bosom friends for seventy years, had been workers together in temperance campaigns, and on every subject that had for its object the up-building of the moral force of the country and strange it is that their lives should go out at almost the same time, only twelve hours apart.

That the life of Dr. Alford showed that he was fully aware of the needs of his country to make it great and prosperous was attested by his constant and zealous advocacy of the education of its boys and girls and he will be remembered for the earnest and strenuous efforts he made to install into the minds of the youth of the country a love of knowledge. He knows that no country could be great or happy without education.

While not a politician in the sence [sic] the word is generally used, he took a deep interest in all the public questions and in all he showed an unapproachable honesty of purpose and consistency in his beliefs. In 1888 he was elected to the lower House of the Legislature, and served during the term as chairman of the committee on Education. It was during this term of the Legislature that there came before it a question that created more excitement and aroused the political elements of the state as it had not been done since the days of reconstruction. It was the Louisiana State Lottery Co., asking to have their franchise renewed. It was in vain that this well organized corporation tried all of its seduction and blandishments to swerve him from the path he considered his duty or to compromise him on his pronounced opposition to gambling.

With this term in the Legislature the only other office he held was Superintendent of Education for Washington Parish.

There was another trait in his character that deserves mention. In his long and intimate knowledge of the lives and habits of the people, and the conditions on the farm he saw how much drudgery, how much unrequited toil was performed by Louisiana women on the farm, and he deeply sympathized with them and if he could have been instrumental in relieving them of their burdens he would have considered it the greatest achievement of his life. While he so highly appreciated the happiness of congenial domestic life his own was unfortunate.

he was deeply devoted. She died in August 1861, leaving 2 children, a son and a daughter. The daughter died at the age of 2 years, about the time of her mother’s death. His son, the only child still lives. In April 1872 he married Miss Corinne Edwards of Tangipahoa Parish and she only lived four months after their marriage. Thus his home was always an asylum for the poor and distressed, his light hearted talk, his merry laugh cheered all around him. In silence he bore his own deep sorrow, nor complained of the fate that deprived him of the domestic happiness he always hoped for.

He was laid to rest in the Silver Springs Cemetery near where he was born, in the presence of a large crowd of relatives and friends, on Sunday, Nov. 22nd. Burial services were conducted by Rev. J. N. Fortinberry.

Are you related to this family? Let's talk!