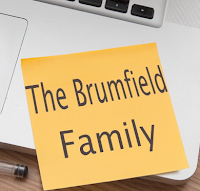 Another Pioneer ‘Crosses the River’
Tom Brumfield, Veteran of the Civil War, Passes Away near Concord

One by one the pioneers of Yazoo County are answering the call of another land. On November 20, Tom Brumfield, who was one of the few Confederate veterans that had stood the winter’s cold and the summer’s heat for 87 years, all of which were spent in this county, passed to his reward. He was born near Dover and after his marriage bought a farm and settled near Concord church, where he and his family became part of the institution, attending the services and giving their names for its support. When the call came for the defence of the principals for which the south contended Mr. Brumfield was young and his soul became fired with the justice of the cause, so he, like the true southerner that he was, enlisted and took his stand with the Confederate army. Mr. Brumfield was injured in a railroad wreck which made him practically an invalid for the past 60 years, but his spirit never failed and he stuck to his post and worked until death claimed him. Besides his wife he is survived by six children, all of whom are grown and settled in life. They are Mrs. Mollie Compton, of Belzoni, Mrs. E. S. Manor, of Yazoo City, Route One, Willie Brumfield, who makes his home in the delta, and Tom, Joe and Todd, whom live near Anding. The funeral, which took place at Concord church on Nov. 21, was largely attended.