This obituary gives a wonderful story of Noel's long life in Tylertown, MS. It is filled with generations of genealogical information, including his father homesteading in 1890 and Noel farming the same land for decades. Read about Noel & his very full family tree.

Visitation is 10 a. m. Saturday at Hartman-Hughes Funeral Home in Tylertown with services to follow at 11 a. m. Burial will be in the Oral Missionary Baptist cemetery. The Rev. Gerald Scott :Guy” Burke III of Indianaola will officiate. Mr.  Fortenberry’s great grandson, Austin Coleman Fortenberry, will do a reading and the Rev. Gerald I. Penton will offer a prayer.

Mr. Fortenberry was born Aug. 9, 1910, and was the son of the late William Adolphus Fortenberry and Ada Ophelia Warner Fortenberry.

Except for the past two years, he lived his entire life in the home in which he was born and farmed the same land his father homesteaded in 1890. In his early life, he grew cotton and corn and cultivated his crops using a mule. In 1948 he transitioned from row crop farming to dairying. He dairy farmed until he was 65 years old and then spent 41 years in retirement, much longer than many people spend working.

Mr. Fortenberry was an avid quail hunter in his youth. He kept up his yard and drove himself to town to buy groceries until he was over 100 years old. Mr. Fortenberry met his wife, the later Emmer Gene Holmes Fortenberry, at a shivaree for one of Emmer Gene’s brothers in the New Zion community. They were married in 1933 and were married 78 years at the time of her death in 2011.

Mr. Fortenberry was saved in 1927 when he was 17 years old and joined Oral Missionary Baptist Church where he remained a member until his death.

In lieu of flowers, memorials may be made to St. Mary’s Residential Training School, 6715 Highway North, Boyce, LA 71409.

The family wishes to express their heartfelt thanks to the staff of Diverseicare Nursing Home in Tylertown for their excellent care the past two years. 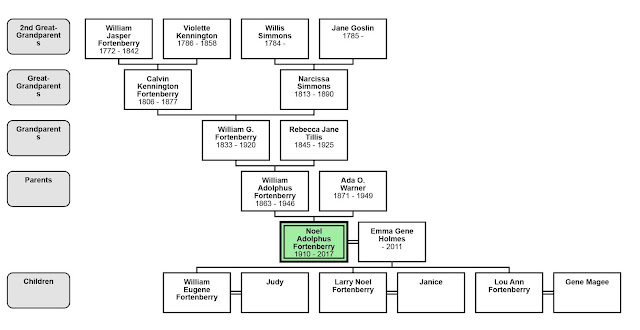