My Great Aunt
Sister of my Grandfather, Roy Jessie Brown 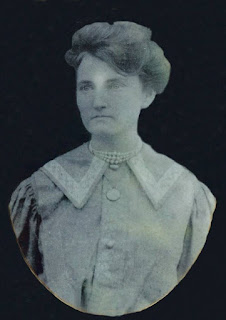 Ina Lucille (Brown) Alford was born 29 December 1890. On 8 December 1910 Ina married Dewitt William Alford[i], son of Seaborn S. Alford MD and Anice (Ball) Alford. Dewitt was born 29 October 1874 in LA. They had seven children: Devoe Alford, Doris Alford, Bruce Alford, Zelda Marie (Alford) Fortenberry, Mary Alice (Alford) Bennett, Louise (Alford) White and Lindy R. Alford.
Dewitt registered for the draft in 1918. He was a farmer, described as having gray eyes and black hair.[ii]
In 1920 Dewitt and Ina were living in Washington Parish, Louisiana. They owned their own farm. Two children were at home: Bruce was 6 years old and Zelda was 4 months old.[iii]
In 1930 Dewitt and Ina had five children at home: Bruce, 16; Zelda, 14; Mary, 10; Louise, 6; and Lindy, 2.[iv]
In 1940 Ina and Dewitt were not living together. Ina was with daughters, Lindy and Louise, in St. Tammany Parish. Ina told the census taker she was a widow.[v]However, Dewitt was living in Tangipahoa Parish. He was a laborer and lodging with the Raines family.[vi]
Dewitt William Alford died 24 May 1942 at the age of 68.[vii],[viii]Ina Lucille (Brown) Alford died 25 Jul 1972.
Their daughter, Zelda Marie (Alford) Fortenberry died 1 April 2005. 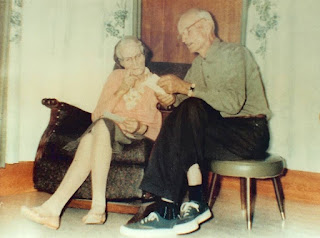 
Do you know more about Ina?
Please reach out to me.