The Estate of Sims Kelly


Newspapers.com is filled with interesting information about our ancestors. I recently found a series of articles concerning the estate of Sims Kelly. His son, Samuel Camp Kelly, was the executor of the estate which was not settled for several years. These articles give information on Sims’ children, his personal belongings and the location of his land. There are more articles than I have transcribed here but there are many duplicates. 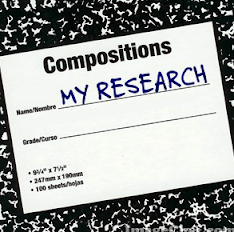 Heirs at law of said decedent, to wit:

·     Albert Kelly, [Albert Gallatin Kelly] which is full age and resides in the State of Mississippi,

·     James S Kelly [James Sims Kelly],
·     Sallie Moore, late Sallie Kelly, and now the wife of Aaron Moore,
·     and Nancy Meek [Nancy Grace Kelly],
all of whom are under twenty one years of age and reside in the State of Arkansas,

Mary Frances Miller,
Robert S Miller,
Sarah K Miller,
And Albert Miller,
All of whom who are over twenty one years of age and reside in the State of Tennessee].

It is therefore ordered by the Court, that the 8thday of October, A. D. 1860, be set for the probate & c., of said Will, and that thereof be given to non residents Heirs, by publication in the Jacksonville Republican, a weekly newspaper printed and published in said County, for three successive weeks, prior to said day as a notice to non resident Heirs and Legatees of said estate, to be and appear at a Regular Term of said Court, to be holden at Court House of said County, on the 8thday of October, A. D. 1860, and show cause, if any they have why said paper in writing should not be probated, established and admitted to record as the last Will and Testament of the said Sims Kelly, dec. and Letters Testamentary issue thereon if they think proper.

Witness. A Woods, Judge of said Court at Office this 4thday of September A. D. 1860

A. Woods Judge of Probate
September 1860

Executor’s Notice. Letters testamentary on the estate of Sims Kelly dec’d, having been granted to the undersigned by the Hon. A. Woods Judge of the Probate Court of Calhoun co., Ala., on the 26thday of Oct., 1860, all persons having claims against said estate are herby notified to present them, legally authenticated within the time prescribed by law, or they will be barred. Samuel C. Kelly, Executor, Nov. 1. 1860

Executor’s Sale of Personal Property. Under and by virtue of an Order and Decre of the Probate court of Calhoun County, Alabama, made on the 8thday of December, 1860, I will proceed to sell, on Monday the 14thday of January A. D. 1861, at the late residence of Sims Kelly, deceased the following Personal Property belonging to the Estate of the said Sims Kelly, deceased, to wit:

Terms of Sale, will be a credit of twelve months with interest from date. Note with two good and sufficient securities will be required to secure the purchase money. Cleared land will be rented at the same time and place. Samuel C. Kelly, Exr. Dec. 13, 1860

Notice. During my absence, James S. Kelly is my authorized agent to transact business of the estate of Sims Kelly, deceased. Apr. 3, 1862.  S. C. Kelly, Ex’r

Notice. A Valuable Plantation & House to Rent. By virtue of an order from the Probate court of Calhoun county, I will proceed to rent the land belonging to the Estate of Sims Kelly, deceased on Saturday the 5thNovember to the highest bidder for twelve months at the residence of Sims Kelly deceased, will commence renting by 11 o’clock A. M. Terms made known on the day of renting. S. C. Kelly, Executor of Sims Kelly deceased; October 27, ‘64

Executor’s sale. Valuable Plantation. 1, 2 & 3 Years Credit. By virtue of a degree of the Probate court of Calhoun county, Ala., I will, as the Executor of the estate of Sims Kelly, deceased, sell on Friday the 9thday of October next, upon the premises, four miles south of Jacksonville, at 42 M., the valuable plantation of Sims Kelly, deceased, containing about 840 acres, viz:

The place will be sold on One, Two and Three years credit, with interest from date – the purchaser to give notes with approved security and titles made when purchase money is paid.

This is one of the most desirable places in the County – over 300 acres in cultivation – abundance of excellent timbered land – good Dwelling, two-story framed – with out buildings  - a never failing spring – fine Orchard – splendid range adjoining for Cattle and Sheep – for health unsurpassed by any plantation in the county.

Jesse U. Bryan resides on the place, and will with pleasure show the premises to persons desiring to purchase.

For further particulars, address me at Oxford, Ala. SCK August 1, 1868