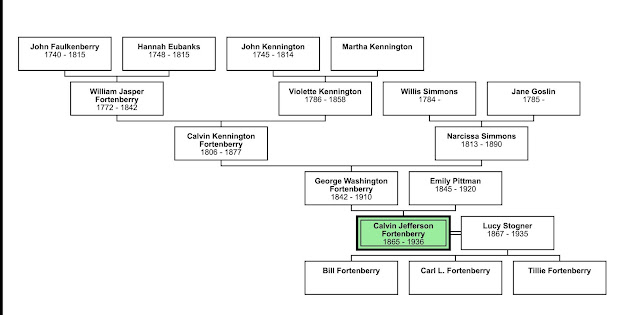 Mr. Fortenberry, who was 71 years old, ws living in Walker’s Bridge community at the time of his death.

Following the services at the family residence interment took place in the New Zion cemetery. Mr. Fortenberry having been a resident of that community for many years prior to moving to Walker’s Bridge.

He is survived by three sons, Bill, Carl L. and Tillie F. Fortenberry, and one daughter, Mrs. Lily Estess. HE is also survived by one sister, Mrs. W. D. Brumfield, and five brothers, Monroe, Charlie, Mack, Columbus and Ed Fortenberry.