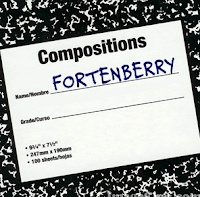 W. J. Fortinberry, the subject of this sketch, was born in Pike County, Miss., Nov. 28, 1829. He was baptized into the fellowship of New Zion church in August, 1851, by Rev. Calvin Magee. By the same minister he was married, in October 1853, to Miss Louisa Blackwell. He was licensed to preach by New Zion church, August 17, 1861. He was ordained August 16, 1863, to the full work of the gospel ministry by order of New Zion church, Revs. B. A. Crawford, J. E. Pounds, J. C. Seal and I. N. Pigott constituting the presbytery. Immediately after his ordination he was called to the pastorate of New Zion church, which pastorate he has filled for a term of thirty-one consecutive years and which he still fills. In addition to the pastorate of New Zion church he has all these years had the pastoral care of three other churches in the vicinity, preaching to one for a number of years and then changing to another as circumstances directed. During his ministerial life he has been instrumental in constituting three churches. He has baptized about thirteen hundred persons, has assisted in the ordination of twelve ministers and a large number of deacons. His opportunities for attaining an education have been very limited. His entire time in school was about a year.

He writes, “I have all along run a farm in connection with my calling and this, with the small pittance that I received from my churches, has been my means of support for myself and family. I have often come home from my appointments, tired and weary, late Sunday afternoon, perhaps into the night; and have been obliged to go early Monday morning to the field with a hoe or between plow-handles. I have tried to preach the plain untarnished truth as revealed in the Divine Word and now feel as great a desire to proclaim the truth to sinners as I ever did. In November 1880, I was elected moderator of Magee’s Creek Association, which office I have held ever since.”

God bless all these noble, self-sacrificing men who have worked all the week and gone out and preached on Sunday. Mr. Fortinberry’s address now is Tylertown, Miss.