The description of this wedding includes many charming details: apple blossoms in a rose garden, a linen wedding gown with eyelet embroidery, and a three - tiered wedding cake. It is a wonderful setting for a Marine and a music student to be united in marriage. 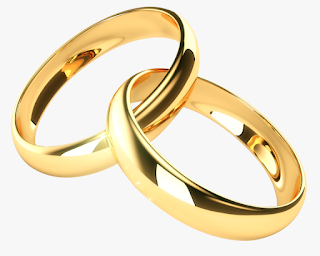 An improvised archway, beautifully decorated with trailing ivy interspersed with apple blossoms, placed in the rose garden at the home of Mr. and Mrs. Hiram G. Bennett, furnished the setting for the wedding of their daughter, Miss Selma Elizabeth Bennett and William Harold Fortenberry, son of Mr. and Mrs. W. J. Fortenberry also of McComb. The ceremony was performed by the Rev. H. P. Porter, Friday afternoon, May 9.

The bride, given in marriage by her brother, Jasper Bennett, was attired in a white linen model, the yoke of which was heavy eyelet embroidery. She wore an off-the face hat and her corsage was of red roses, and she carried a white prayer book, from which fell white satin streamers.

Miss Pothyena Louise Gordon and Miss Vivian Alexander served as maid of honor and bridesmaid, respectively. Fred Gordon was groomsman and the bridegroom had as best man James Allen.

A reception was held at the bride’s home following the wedding. In the dining room the table was covered with an exquisite lace cloth. The three-tiered wedding cake was beautifully decorated with calla lilies, and had atop a miniature bridal scene. On either side were white tapers in crystal holders. After the couple had cut the first slice of cake in traditional manner, the cake was cut and served with punch and sandwiches.

For traveling the bride changed to a pink suit, with which she wore her wedding corsage. They are at home in McComb.