It wasn’t until the early 1990s that I learned my paternal grandfather, Roy Jessie Brown, had been married before he married my grandmother, Ivy R. (Mark) Brown. My father, Delbert K. Brown, told me he had a half-sister in Mississippi. He visited Rayleen in 1993. After his visit Rayleen & I began a correspondence. In May 1994 Rayleen and her daughter, Bonnie, came to stay at our house in NY. It was wonderful to meet them; to introduce them to the rest of the local Brown family; and to begin a relationship with them. In the summer of 1997 my husband and I and our children visited Rayleen and family in Mississippi. They showed us the famous southern hospitality and introduced us to many family members there. Rayleen and I continued to correspond. We exchanged Christmas cards, birthday cards and letters for many years. We discovered that we both liked to quilt. She was a gracious, funny and loving lady. 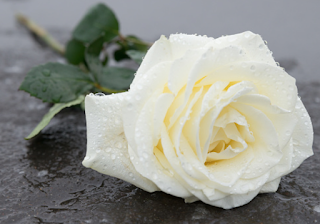 Sylvia Rayleen Brown Hall, 82, of the Silver Creek community, died June 15, 2006, at Beecham Memorial Hospital in Magnolia. Visitation is 5 to 9 tonight at Silver Creek Baptist Church. Services will be at 10 a. m. Saturday at the church, with the Rev. Jimmy Smith officiating. Burial will be in Silver Creek Cemetery. Capps Funeral Home in Tylertown is in charge of arrangements. Mrs. Hall was born March 5, 1924, in Slidell, La. She was the daughter of Roy Brown and Mary Ellzey Goings. She was retired and was the first woman to serve on the Pike County Board of Supervisors, elected in 1983. She also owned and operated a country store and was a homemaker. For most of her life, she was an active member of Silver Creek Baptist Church, where she served as a Sunday school teacher, vacation Bible school teacher, church hostess and church clerk for many years. Mrs. Hall was preceded in death by her parents; her husband, Jesse Miles Hall, a former Pike County supervisor; and a brother. Survivors include a sister and brother-in-law, Jackie and Paul Boatner of Clinton; five children, Sylvia Alford of Abilene, Texas, Billy Hall, Cecil Hall and his wife Barbara, the Rev. Wayne Hall and his wife Jeanette, all of Magnolia and Bonnie Hall of McComb; several grandchildren, Duane and Wade Alford, Deanna Laciura, Diane Welch, Angela McNabb, James Hall and Dr. Stephanie Hall; 12 great – grandchildren and many other relatives and friends. Pallbearers are George Garner, James Hall, Brandon Meyers, Wayne Meyers, Jesse Stitman and Austin Tolar. Honorary pallbearers are deacons of Silver Creek Baptist Church. 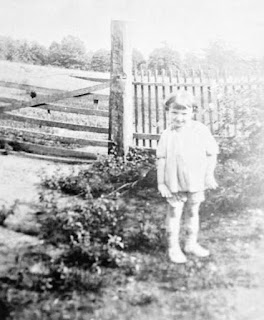 Related Posts:
Posted by Colleen G. Brown Pasquale at 1:00 AM