Our first look at Ireland was from the small airplane window. Immediately we saw the Irish green I been wishing for. It looked very much like a jigsaw puzzle in varying shades of green. Each puzzle piece was outlined by a gray wall or deeper green hedge. I wanted to see more.


My daughter and I arrived at 8:30 in the morning and despite having slept very little on the ride across the Atlantic, we stepped right into a full day in Dublin. We found the Camden Court Hotel, left the small rental car and our luggage and began walking. We began with genealogy.


The National Archives of Ireland on the corner of Bishop Street and Bride Street, open Mon – Fri 10 am – 5 pm. This was our first stop. We needed to sign in, place our jackets and shoulder bags in free lockers and fill out forms to get a reader’s ticket (good for three years). That took a little time because the gentleman who was helping us kept leaving to help others. When we were all straightened out we went up a flight of stairs to the Main Reading Room. Just off that room, clearly marked, was the Genealogy Service. The gentleman inside was free to talk to us and did for well over an hour.


I showed him my ‘Quick Notes’ on the Daniel Mullane & Brigid English family in County Tipperary. He first focused on Daniel; b. c. 1838 in Co Cork; son of Thomas, to see if he could find a birth or baptism record for him.  Then did the same for Brigid English; b. on Co Waterford; daughter of Martin English. He was using RootsIreland.ie which I have used at home. He couldn’t actually pull up any results because it’s not a free site. That was kind of him but not helpful. I was hoping to see resources that only can be seen in person in Ireland.


I was directed to check the Will Books in the Main Reading Room. They are in oversized volumes by year. Daniel Mullane died 25 March 1930 but I found no record of a will for him.


Our advisor also gave me a very useful paper with a list of six places in Dublin to search and a map showing each location;


He recommended checking the Valuation Office for records of the Mullanes in Clonmel. With much thanks, we collected our belongings, signed out and did more walking.


Like me,  you have probably read that you must go to Ireland prepared. When I went to the Valuation Office in the Irish Life Centre, I was glad I had been in the Family History Library in Salt Lake City in March [see my 1 April 2012 blog post]. The 1871 ‘Index to Towlands of Ireland’ had given me the information on Clonmel needed in this office. The clerk needed the County, Barony, Parish and Townland to extract the appropriate ledgers in which to find the Mullanes. She asked me to take a seat at a table and rather quickly went into another room and returned pulling a deep cart with half a dozen well used, large record books. They were thicker than they were wide. Each encompassed a range of years between 1856 & 1967 and within those years names were listed by streets.


I had with me a timeline of the Daniel Mullane family showing streets where they had lived in Clonmel between 1866 & 1952. I had gathered this information over the years from a number of sources, including letters written to their American relatives. There were gaps but combined with the Valuation Lists it gave us a good point to begin searching. My daughter and I looked carefully through each volume.


In 1914 the building on Upper Gladstone Street was occupied by L. Larrigan. Daniel Mullane took it over in 1916. Daniel leased the “Office, Advertising Station and yard” from Joseph Shortiss until 1927 when his son, Timothy, took over. [Daniel died 1930.] Timothy held the building from 1933 – 1946. [In 1935 Mullane Coach Builders were located there & in 1952 Mullane General Grocers were there.] In 1967 Daniel Mullane, Jr. took it over from his older brother. [I will look for a death record for Timothy c 1967.]


Knowing the family was in Clonmel for about 100 years I had hoped to find more records but was happy with the records we did uncover. We paid a fee for the use of the books & the color copies of the pages showing the Mullanes. Our genealogy in Ireland had begun! 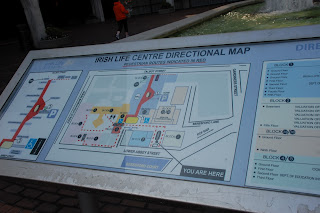 
We walked through Trinity College and saw the Book of Kells, no waiting. The embellishments in the book are amazing but I was more impressed by the Long Room which houses 200,000 of the library’s oldest books. The researcher in me wanted to read those books.


The Brazenhead Pub, c. 1198, was our lunch spot. Our first Irish meal was seafood soup & oysters with Baileys for me and Guiness for my daughter. In the evening we walked over the Ha’Penny Bridge across the River Liffey. We stopped in the Doheny & Nesbitt Public House on Baggott Street for a drink & crisps. By evening we were glad to settle into our hotel beds. 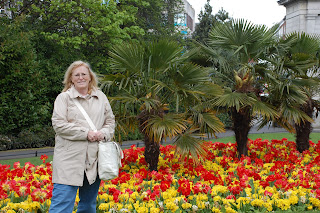