Census Sunday: How many children?

Jesse Warren Ball & Cynthia Ann Alford [my 2nd great grand aunt] lived in Mississippi and raised a large family. How large was that family and who were the children? I think I have made sense of the data and figured that out.

I found an Ancestry Tree that showed nine children. I wanted to verify those children so I started to check US Census reports. I quickly had pages of confusing notes. I started a new paper by folding it in fourths giving me four long columns, one for the Ancestry tree and one for each census year, and things began to come clear. Then I began an excel spreadsheet. Adding colors made it even clearer. I think I have the children sorted out. 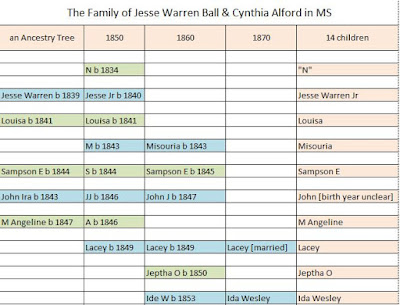 Anyone else like using spread sheets to sort data?

I will check out 1880 as well. Hopefully, I am getting these children sorted out correctly. 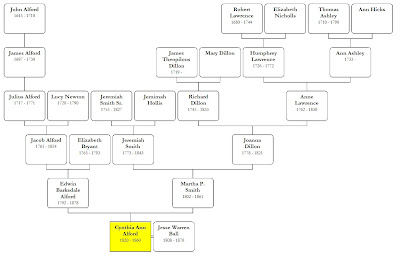