Research all the Branches: Brumfield & Holmes

Genealogy research does not follow a well-marked path through the forest of family trees. It rambles and curves and splits. I know there are researchers who only want to follow their direct line ancestors, the paved road. However, you never know when those overgrown paths might just lead back to your direct ancestors.

The Holmes family is not in my direct line but does connect. Elisha Holmes, Sr. & Sally Stovall had three daughters who all married into my Brumfield family. 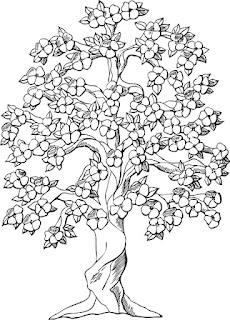 I suggest we follow all those paths through the forest because we just do not know where they will lead. You might find another bit of data or another source to support your results.

I leave the Holmes family with this wonderful quote:

“All the Holmes who names may be found in the rolls of the several military companies of Pike and incorporated in this book sprung from Elisha Holmes, Sr., and Sally Stovall, those glorious old Georgia ancestors, like the rest of them, who first planted themselves in the wilds of the Mississippi Territory, gave to the Confederacy its heroes and its heroines.” [Conerly, L. W. (1909). Pike County, Mississippi, 1798-1876: Pioneer families and Confederate soldiers (2008 ed.). Madison, GA: Southern Lion Books. Page 67.]

Great advice, Colleen! Like you, I've found nuggets among distant branches that lead to new discoveries or confirmations of connections on my pedigree lines. You never know where a clue will come from or lead you.

I agree with you about researching, not just direct lines, but also inter connecting ones. I have done this, and as a result of writing blogposts on my research, . I have made contacts with distant relations and been given a wonderful collection of photographs to use on my blog as well. I recommend it!

I love this analogy and it certainly holds true. So many only want to research their direct lines. I have learned so much about my ancestors through their siblings. (I have Stovalls in my line, but it is one of the paths I haven't pursued yet.)

Marian, isn't it a wonderful feeling when you find that information that leads you back to your main branches? Thanks for stopping by & commenting!

ScotSue, it is terrific when your blog leads to a cousin connection. It makes all the time spent blogging worth it, especially if it leads to family photographs. Wow!

Michelle, Thanks for your kind comments. There are always more paths to follow that wander between our family trees. I'm sure you have great discoveries ahead with the Stovall line.