When I read an announcement of an engagement or wedding I wonder how it turned out. Were they married for many years? What was their life together like? In this case I could find no other newspaper clippings to answer my questions. 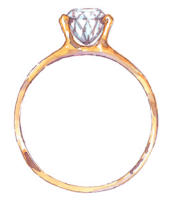 Mr. and Mrs. Charles Edgar Brumfield, of Magnolia, announce the engagement of their daughter, Linda, to Mr. William Bilbo, Jr., formerly of Hattiesburg. The wedding will take place on the afternoon of Monday, December twenty-second, nineteen hundred and thirty, at half after four o’clock in the First Baptist church in Magnolia.

No formal cards will be issued but through the social columns of the press all friends and relatives are cordially invited by Mr. and Mrs. Brumfield to be present at the marriage of these young people.

The prospective groom is a graduate of Millsaps College and for the past two years has been athletic director in the Magnolia high school. He is a former Millsaps athlete and a member the Kappa Sigma fraternity.

The beautiful bride-to-be is the younger daughter of Chancery Clerk Charles Edgar Brumfield and Mrs. Brumfield and attended the University of Mississippi for three years where she was a popular member of the Chai Omega Sorority.

General social interest is centered about the approaching marriage of this young couple owing to the prominence of the families represented and the popularity of those who are to assume the sacred vows.