Be sure to read the Related Post about a reunion between Mary & her six sisters! 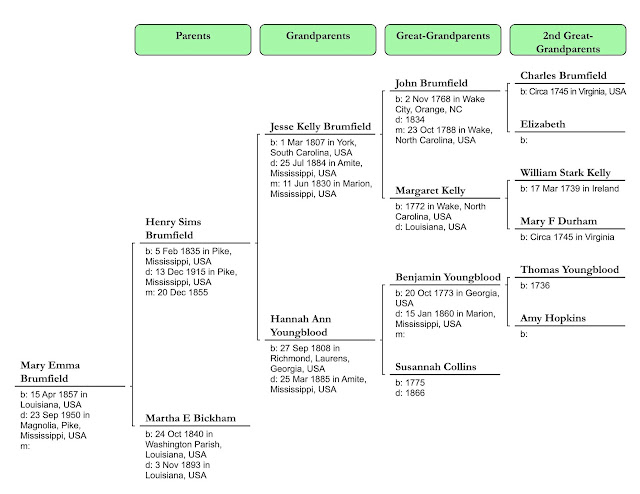 Mrs. Leggett is Mourned at Age of 93

A great host of old friends and admirers joined her loving family Sunday afternoon at sorrowful last rites for one of the most beloved ladies, Mrs. Mary Emma Brumfield Leggett, aged 93 years.

Mrs. Leggett, who was known to almost everyone in and around Magnolia as “Grandma” Leggett, succumbed at the residence of her son, A. T. Leggett, in Magnolia, at 2:30 Saturday afternoon. She had been in declining health for some time, during which her family and friends continued their loving ministrations and care.

Burial was in Magnolia Cemetery with Magnolia Funeral Home in charge of services.