August 1939. In this first article we discover that Charles was a college student who went into the swamp to find "specimens",  fell from a tree and wandered "dazed" for hours while locals, bloodhounds and his father searched for him. 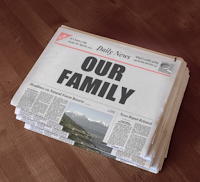 Charles Edgar Brumfield, 20, Millsaps College student, was recuperating at the Baptist hospital Tuesday afternoon after a night of wandering in a dazed condition through the wilds of Pearl river bottom.

Out on an expedition for zoological specimens, young Brumfield was injured in a fall from a tree at 3 o’clock Monday afternoon, and it was not until 12:15 Tuesday morning that he stumbled into a gas-pipe line station ten miles north of Highway 80 in Rankin county on the Fannin road.

The youth, who is the son of Mr. and Mrs. Charles E. Brumfield, Jackson, left home at 1:15 o’clock Monday afternoon to seek specimens in connection with his work at Millsaps College. Frequently he had made similar trips. The youth’s father was for many years chancery clerk of Pike county.

At 3 o’clock he spied a crow’s nest high in a tree, and up he went to find what matter of zoological interest it might contain. A limb gave way however, and young Brumfield plummeted to the ground. Then commenced to his dazed wandering.

Prior to leaving he had made an agreement with his father, executive secretary of state elementary institutions, to meet him at the water plant, where he had crossed the Pearl River into Rankin county, at 5 o’clock.

The father was there at five, but the zoological student failed to show up. As the son had not returned by 8 o’clock, Mr. Brumfield notified A. H. Jones, assistant director of the highway patrol drivers’ license bureau and a relative of the youth. By 9 o’clock nine members of the patrol, Mr. Brumfield, and bloodhounds from Brandon were ready to take up the search in the Rankin county Pearl river swamp. For hours the search continued and young Brumfield remained unfound. Finally, as searchers prepared to spend the night in the woods to await daylight, sirens on patrol cars waiting at the water plant announced that the Millsaps student had been found.

He had finally staggered into the pipeline substation, where an attendant hurriedly put in a call to city police. Rushing quickly to the scene, a squad car picked up the injured youth and rushed him back to the Baptist hospital here.

Tuesday morning he was recovering and no ill effects will be suffered from the harrowing experience.

One city policeman describing the dash ten miles up Fannin road for the injured boy said “We received the call from the sub-station at 12:15. At 12:20 we were on the scene ready to bring him back to a hospital here.”