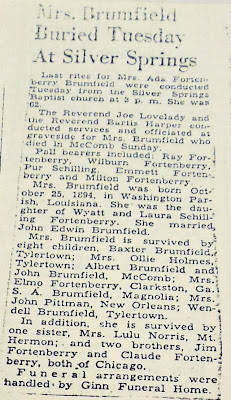 In addition, she is survived by one sister, Mrs. Lulu Norris, Mt. Hermon; and two brothers, Jim Fortenberry and Claude Fotenberry, both of Chicago. Funeral arrangements were handled by GInn Funeral Home."