World War I Letter from a Soldier to His Sweetheart

My maternal grandmother, Helen Coyle, received a letter from a World War I soldier at the close of the war. The letter is dated ‘Somewhere in France, Nov. 15, 1918’, 96 years ago. 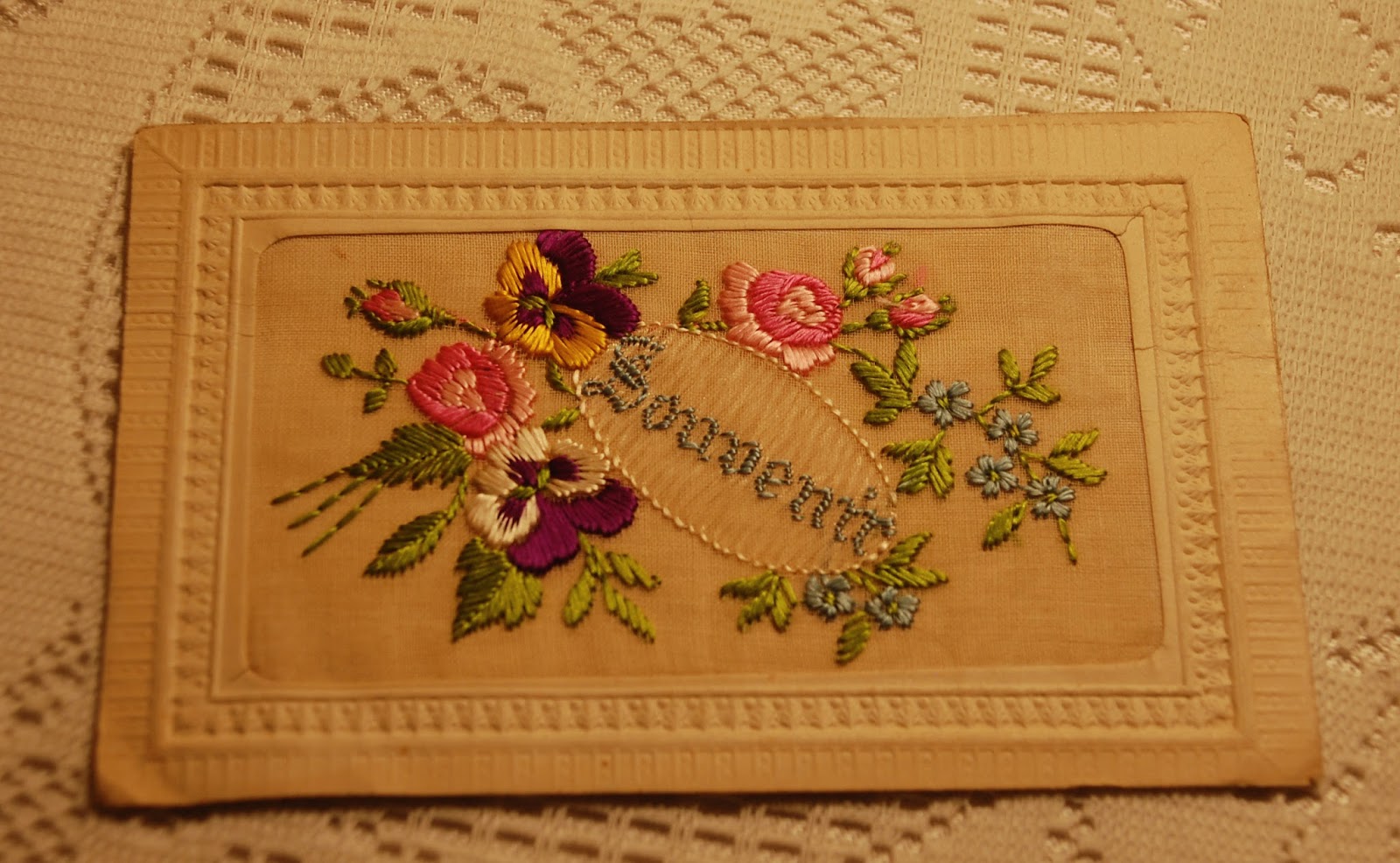 The soldier was Herman L. Englander, a private in the War; HQrs Co. 358th Infantry: Amr. Exp. Forces, France. He writes to his ‘dear Helen’:

I take pleasure in writing to you and to let you know that I have not forgotten you. I do hope you are well and enjoying yourself. I suppose everyone in New York is celebrating the great victory. It sure was great news when we heard of the news and the big guns ceased firing. I am feeling as fine as silk and am pretty happy now. We are still at the front but are expected to get released soon. Our division is about the first to start for home being that we were at the front at the time. I have a Hun helmet which you have so often asked for and I will explain it to you when I get back to the states. Please do not let my sister know that I am coming home. Would like to know where I could communicate with you when I arrive in N.Y. I hope in my last letter I have written to you on Oct 31, if there was anything I really did say anything that hurt your feelings which I might have said something which I do not recollect. I would like to send you my sincerest apologies. Now dear Helen let me know if I really have as I do not want to hurt your feeling for anything in the world. The weather over here is great for the last three or four days only that it is pretty cold over here. We are stopping at a town that was a German concentration camp once. They sure did leave an awful amount of refuge which we had to police up. They also left several barrels of sauerkraut and onions pickled also plenty of spuds. We have sauerkraut and spuds every day now. We now do drilling every day until we start back for the rear. I have written to you several times but I think my letters must of got lost on their way over. Let me know dear Helen if you have sent me those magazines and your picture? I hope you will enjoy your Thanksgiving dinner in peace. Will put my letter to a close now as I have nothing more to say that would be of interest to you at present and hoping to hear from you soon. I close and with my best and sincere wishes to you for good luck, health and happiness and may all three wishes be with you throughout your entire life. With my love and kisses to you. I remain as ever and may this letter reach you safe and find you in the best of health. I am as ever yours in remembrances forever.

Herman also sent lace handkerchiefs to Helen. I have photographed them & will post the photos on Thursday, August 28.

There is no further information on the relationship between Helen and Herman. There is no way to know what kind of misunderstanding occurred between them or if Helen ever saw him after his return from the war. Although they did not marry my grandmother did carefully save his letter. 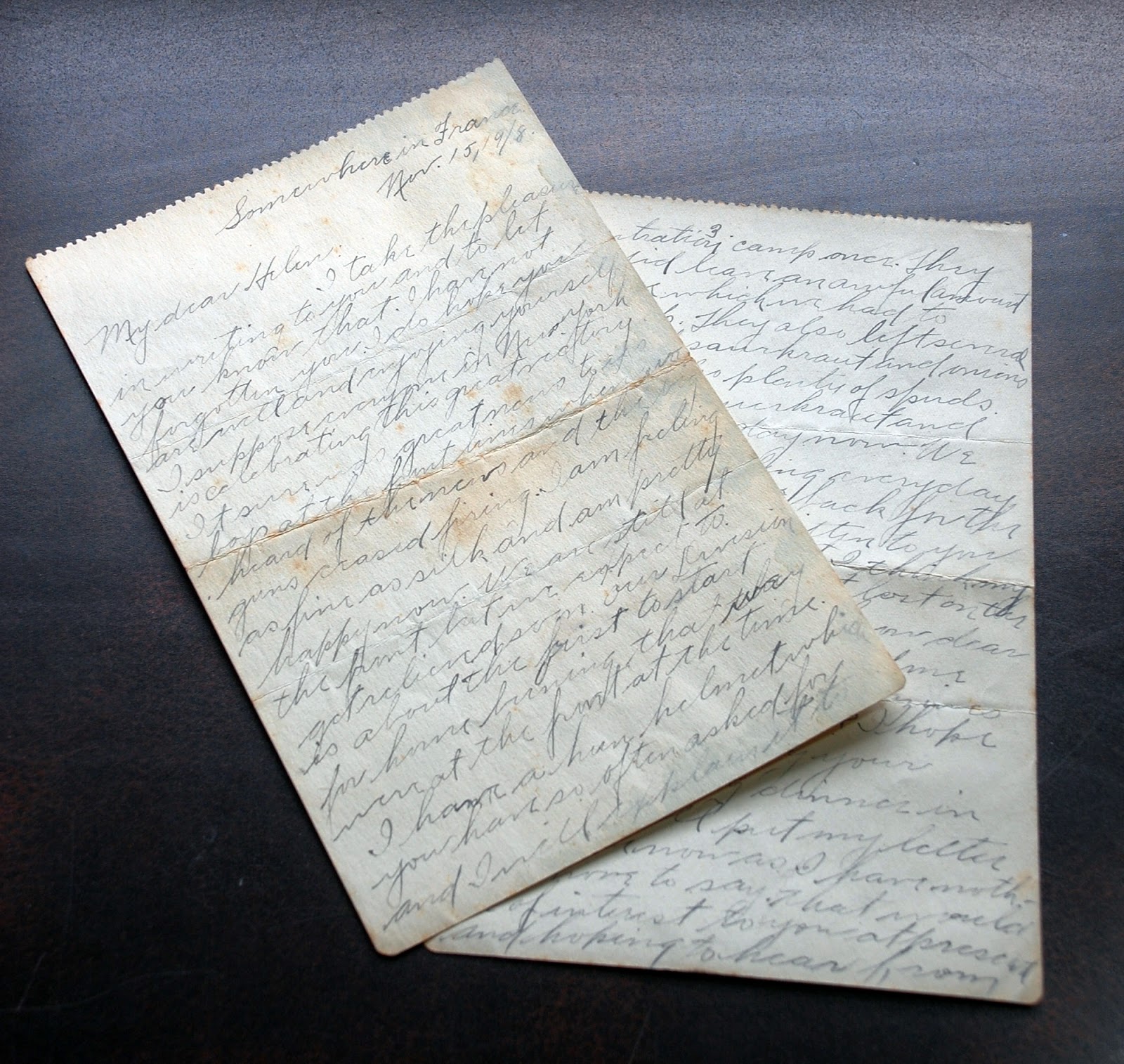 If anyone has a connection to Herman it would be great to hear from you.

It reads as though they were friends but that Herman hoped it would become more but perhaps something went wrong. A letter like this brings so many questions to mind. Perhaps your grandmother would have answered them if you'd found the letter earlier. Or perhaps not....