Our Family came Together During Times of War: The Revolution

There were times when the branches of our family came together. Some of those occasions were routine like having business at a courthouse or attending church or a town meeting together. We can imagine them talking as they met at a sawmill, a general store or while helping each other on their farms. Our families came together in everyday interactions and special occasions, often without any record of those interactions. We do have records of our families serving and fighting together in times of war. 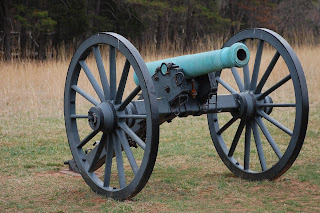 Three of our family members served under the famous Swamp Fox.

Francis Marion, the legendary ‘Swamp Fox’ was a hero of the Revolutionary War and the commander of at least three of our family members.

With the American army in retreat, things looked bad in South Carolina. Marion took command of a militia and had his first military success that August, when he led 50 men in a raid against the British. Hiding in dense foliage, the unit attacked an enemy encampment from behind and rescued 150 American prisoners. Though often outnumbered, Marion's militia would continue to use guerilla tactics to surprise enemy regiments, with great success. Because the British never knew where Marion was or where he might strike, they had to divide their forces, weakening them. By needling the enemy and inspiring patriotism among the locals, Busick says, Marion "helped make South Carolina an inhospitable place for the British. Marion and his followers played the role of David to the British Goliath." In November of 1780, Marion earned the nickname he's remembered by today. British Lieutenant Colonel Banastre Tarleton, informed of Marion's whereabouts by an escaped prisoner, chased the American militia for seven hours, covering some 26 miles. Marion escaped into a swamp, and Tarleton gave up, cursing, "As for this damned old fox, the Devil himself could not catch him." The story got around, and soon the locals—who loathed the British occupation—were cheering the Swamp Fox. [Crawford, Amy. The Swamp Fox; digital record, Smithsonian Magazine (smithsonianmag.com: accessed Feb 2021).

Jacob was one of the many men who fought for our independence. During the Revolutionary War Jacob both gave supplies to troops and served during the war for freedom. In 1780, 1781 and 1783 Jacob gave cattle, corn and hogs to the South Carolina Militia. In 1781 he gave the soldiers 1,200 pounds of beef. After the wars end Jacob was compensated by the national Treasury for those supplies. In 1783 he was given Four Pounds, Twelve Shillings and Two Pence. Jacob was a Captain in General Francis Marion’s Brigade, serving from 1781 to 1782.[1],[2],[3],[4]

John was a Revolutionary War soldier who served through several years of the war, participated in numerous battles and acted as a spy. Details of his time in the service of our country are available to us because of the pension request he filed. That pension file contains over fifty pages of information. He enlisted in 1775 in the light horse Regiment under Captain Edward Richardson, Colonel Thompson and General Richardson in which he served as a private for six months. He later served under Francis Marion. John Brumfield wrote, “His envoy was small, not more than thirty or forty men. I joined him as a volunteer and served with him as a Sergeant.”

I was always with General Marion from a short time after the Surrender of Charleston to Sir Clinton until was concluded on 30thof November 1782 and to the best of my recollection it was not less than three years and in all that time I was not employed in no civil pursuit, we were always in the field and the camp was my home; when I went to see my family I hide it so never slept in my home. Times were very dangerous, never had but short time at home...I have served about all the time from 1775 to 1782. All during the war I was all the time within the boundaries of the State of South Carolina. I went all about it after the British and after the Tories. I was in a great number of engagements for Marion was always at it.[5]

Read more details of John's service in the Related Posts link below.

William enlisted in May 1776. At various times he served under General Francis Marion, Colonel Thomson and General Sumpter. Both William and his brother, John Hollis, participated in the Battle of Sullivan’s Island on 28 June 1776. Both brothers were also at the Battle at King’s Mountain on 7 October 1780. Both were victories for the patriots.[6]

The Battle at Cowpens was on 17 January 1781 when the British had 800 troops killed, wounded or captured and the patriots had less than 100 casualties. The victory was a boost to the morale of the patriots. William was a part of that encounter with the British.[7],[8]

William said he was “under the Command of Gen. Marion on the Pee Dee.”[9]

Afterwards, he volunteered on many occasions. He was in the Battle at Cowpens and was wounded once. He was with Colonel Cleveland on the Broad River and General Marion on the Pee Dee River.[10]

Like his brother, William’s last area of service was in Orangeburg. William wrote that he “was wounded with a sword near Orangeburg.”[11]

These three soldiers served under Francis Marion and it appears their service overlapped. Did they know they were distant relatives? Did they support each other during their service? We can only speculate as to those details. We had others who fought in the war, but I have found no evidence of them serving together. I enjoy knowing that our family was there, strengthening the beginning of our marvelous country.