This newspaper clipping includes my mother,

She was a member of the Germantown Fire Auxiliary.

The clipping from my archives, is dated December 1959, probably from the Hudson Register Star. 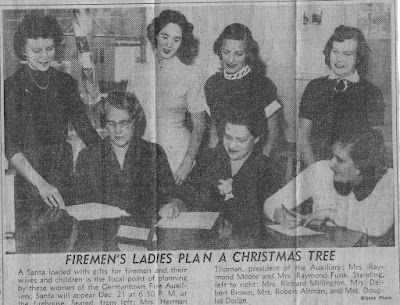 A Santa loaded with gifts for firemen and their wives and children is the focal point of planning by these women of the Germantown Fire Auxiliary. Santa will open Dec. 21 at 6:30 P. M. At the firehouse. 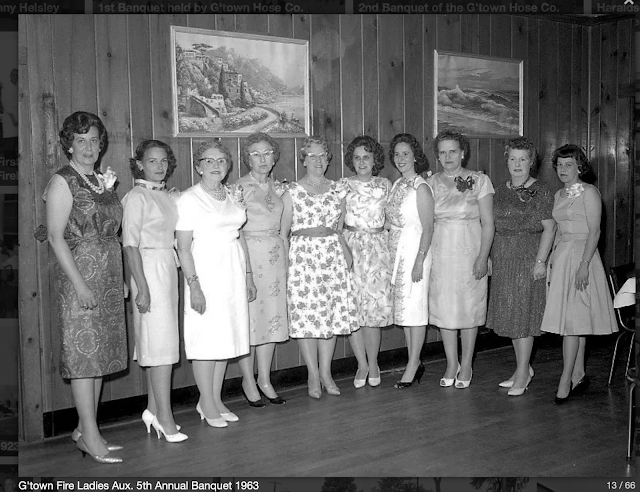 This photograph of the Fire Ladies' Auxiliary from 1963 includes my mother. She is fourth from the right. 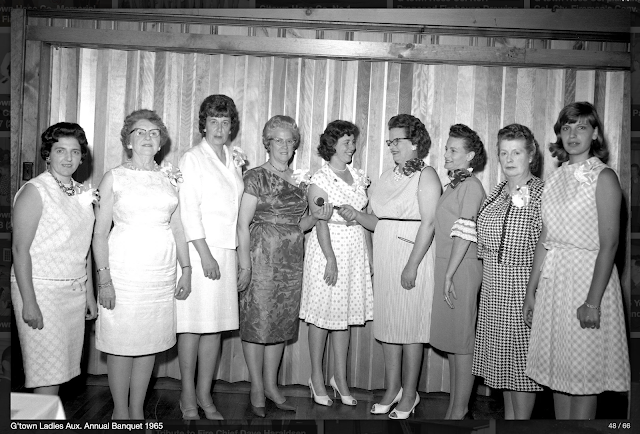 In this photograph from 1965 my mother is in the center, fifth from either side.
All of these photographs were taken by Howard Gibson who was a photographer in Columbia County, NY when I was growing up. His photos were often in the newspaper. He took his camera to schools, firehouses, churches, parades, parties, weddings and more.
Go to the website Photos by Gibson to see many more photos.
If you grew up in the area you might see yourself or your family.
Posted by Colleen G. Brown Pasquale at 1:00 AM