In looking for inspiration for my blog I looked at December birthdays & anniversaries and noticed three significant Ancestor Anniversaries. This is the third and last. I wonder what a wedding looked like 200 years ago. Was the ceremony performed in a church or their home? Who gathered for the wedding? Was there a special meal following the ceremony?  And I wonder if Edwin & Martha would be surprised to know we are marking their wedding day, 200 years later.

They were married for 43 years. They were the parents of nine children. 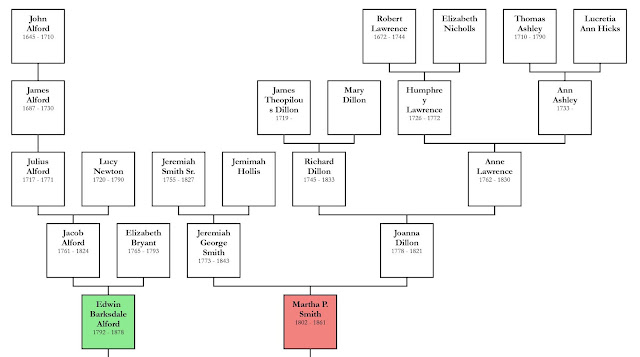