Major Percy K. Alford has been selected for promotion to the rank of Lieutenant Colonel with the U. S. Marine. Mr. Alford is presently at home with his family in McComb, and will soon again be detached for foreign service. His service with the Marines began about fourteen years ago when he became a member of the Marine Corps, and he was in active service when World War Two was declared.

Major Alford was awarded the Purple heart, for service on Guadalcanal; he has received the Presidential citation for meritorious service; the Nicaraguan Second campaign ribbon, and a number of other awards of recognition for overseas services. He has seen service in China, in New Zealand, and, last year, came home after 29 months service in the South Pacific theatre of war.

Mrs. Alford and their two sons, Keith and Gary, are residing in McComb. Major Alford’s parents, Mr. and Mrs. G. H. Alford, reside in Jackson. He has a brother, George H. Alford, Jr., in overseas service. 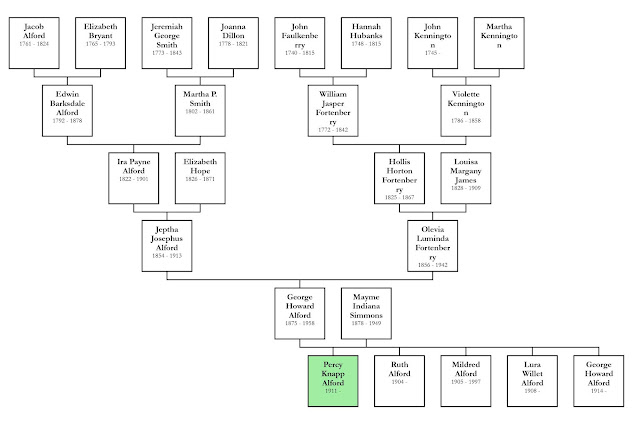