A Christmas Memory from the Michael Coyle Family 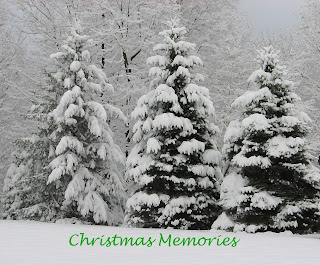 Here is a Christmas memory from Kathleen Gloria Coyle who lived in New York City as a girl.

My grand aunt, Kathleen G. Coyle, was a very private person but there were times when she would open up and give me a glimpse of her life as a young girl in New York City. She was born in 1916, the child of Irish immigrants. She was the youngest of seven children. Her father, Michael Coyle, was a baker. 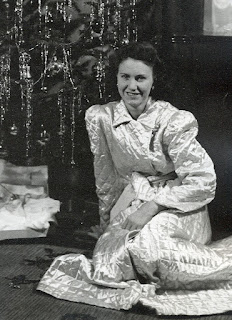 Kathleen Gloria Coyle
31 October 1916 NY - 21 November 2007 AZ
My aunt told me she remembered looking for the longest stocking possible to hang on the mantle before going to bed on Christmas Eve. Since she was the youngest, her stockings were always the littlest. However, she wanted to get lots of treats so she looked for a long one to hang.

Little Kathleen would go to bed on Christmas Eve and her mother would wake her up at midnight. Their apartment would be dark. Her mother would lift little Kathleen out of bed and hold her up.  As her mother walked through their apartment Kathleen would pull the strings to turn on the lights all over their home.  Kathleen’s mother said this was to light the way for Jesus to come. They’d hear the Church bells ringing.  Then they’d go in the parlor and see the tree and the gifts, none of which had been there before Kathleen went to sleep. There would be candles on the tree and pots of water set around the base for safety. After briefly admiring the lights, they’d be blown out.
Posted by Colleen G. Brown Pasquale at 1:00 AM