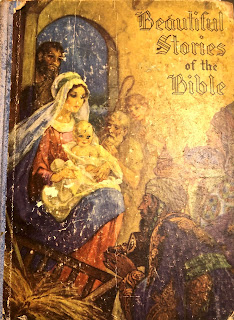 This book was a gift to my father,
Delbert Keith Brown,
from his mother's sister,
Wava Alice Mark,
for Christmas 1939. 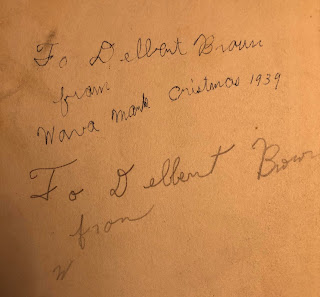 Fortunately, my Great Aunt Wava wrote in the front of the book, signing  and dating it.

At that time my father was 11 years old. His aunt was 20. They were both living in Ohio. A year later, my grandparents moved their family to New York State. They had a large extended family in Ohio; through Ivy Regina Mark Brown, my grandmother. My grandmother must have missed her family terribly. My father talked about his Ohio relatives and we visited Ohio a few times when my brothers and I were small. 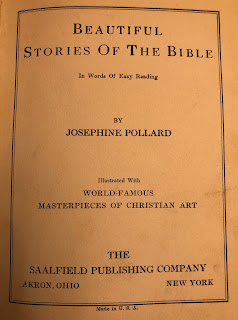 The book, Beautiful Stories of the Bible, was printed in 1937.
There are several black & white illustrations. It is well worn. 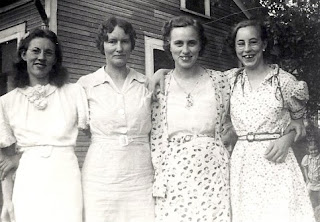