I bought several books in the Exhibit Hall at the NGS Conference.  Maia’s Books had many books about Pennsylvania.

I bought four, including this one: 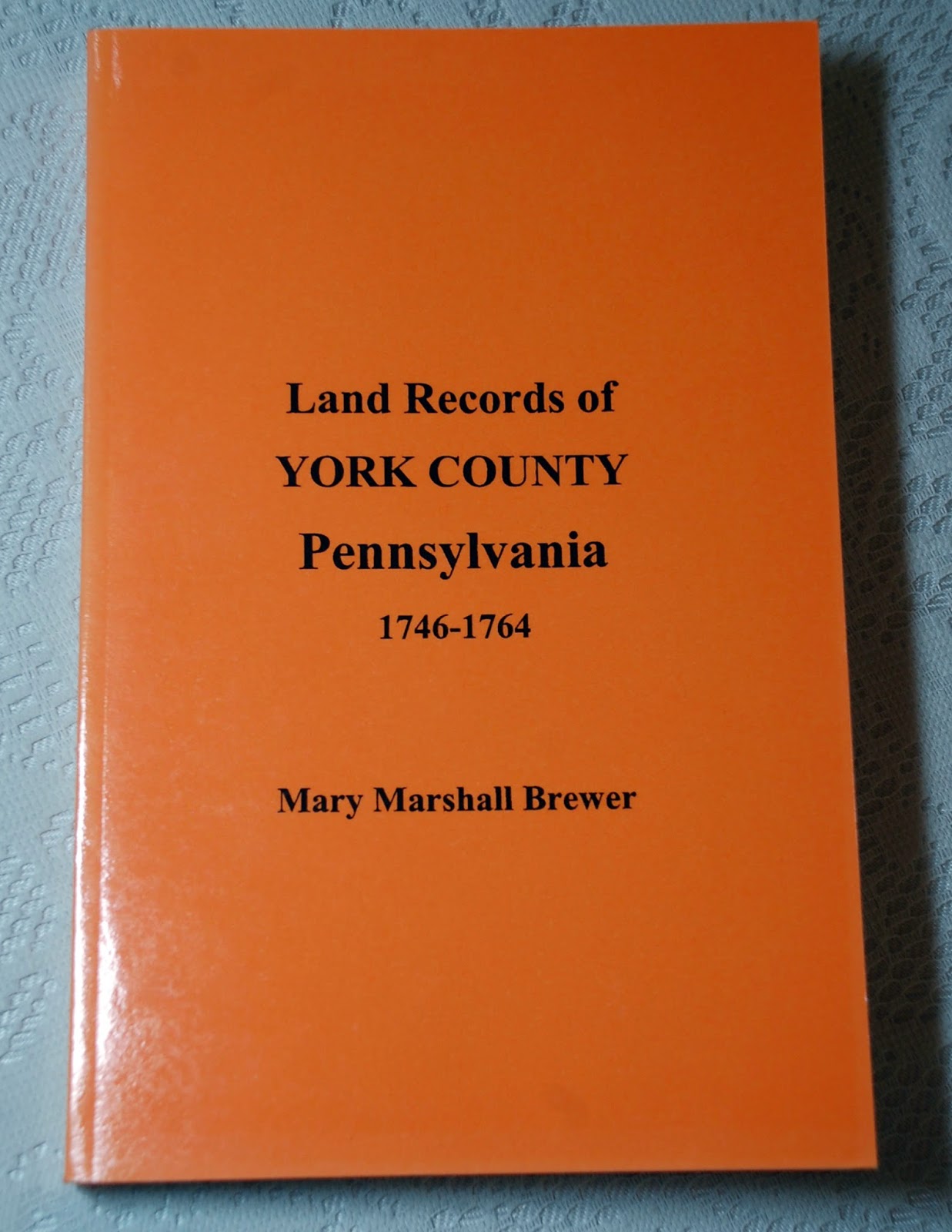 
The book includes Deed Books A & B and an Index.

On page 145 I found my 6th great grandparents, Johan Jacob Wolf & Anna Barbara Orth. Johan Jacob Wolf had been born in Germany in 1694 and came to Philadelphia in 1737. In this deed transaction he sold land to son, Johan Friedrich Wolf, b 1735 in Germany. Friedrich agreed to allow his parents to live on the land as long as they lived.


On page 119 I found Abraham Burkholder who may be my 4th great grandfather. I know Elisabeth Burkholder Wolf, was b 1814 in York, PA. He might be her father.  I’ve made a note of this deed in hopes it leads me to more information.


29 October 1761. Deed. John Jones of Chanceford Township, York Co for L40 sold to Thomas Armor of the Town of York, York Co esqr two trs of land in Chanceford Township adj Abraham Burckholder & Susquehannah River, the one 40 a. and the other 27 a., granted unto me by the Proprietaries in pursuance of a warrant dated 4 Apr 1754… Wit: Thomas Ramsey, James Heald. Ackn 29 Oct 1761 before George Stevenson esqr justice. Deed Book A, page 548.