Here’s another book I bought at the NGS Conference, Exhibit Hall. I purchased this from Maia’s Books. Wow. They had a large exhibit with boxes & boxes of books. They were not always in any logical order so it was like digging for treasure. I’m happy to say I found silver & gold and they gave us 10% off coupons to use right away!

This book includes information on families from these towns:
Codorus 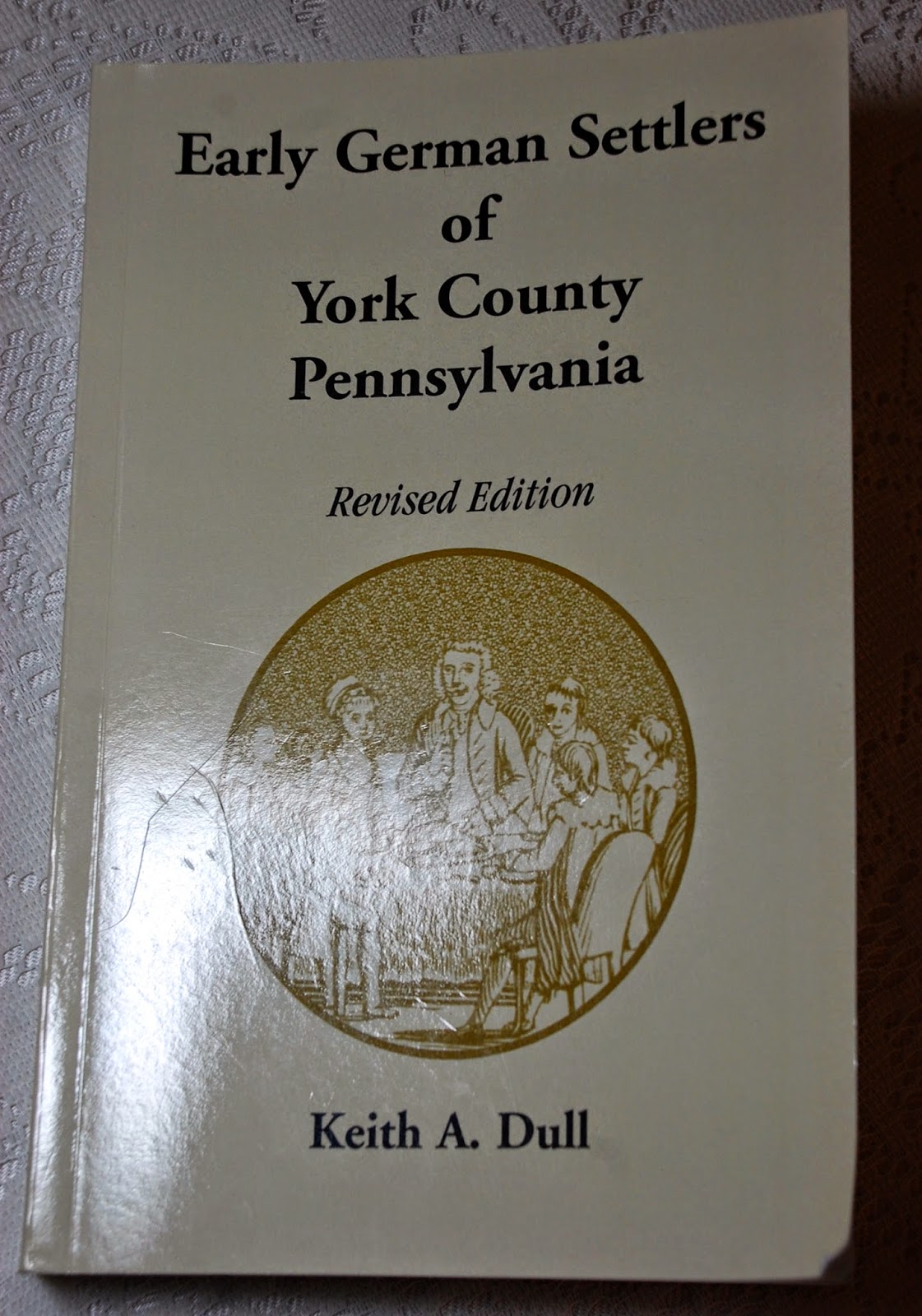 I knew I have German roots in PA so I went right to the index of this book and quickly found my Wolf/Wolff family! Some information matched my research and some was new information. The only big surprise here is the youngest son, Johann Jacob b c 1737. I have not seen a reference to him before. That’s not completely unlikely, especially a son named after the father, but I have done quite a bit of research on this family and he never stood up and waved at me before.

My records show the youngest son as Johann Jonas b 1739 who was my 5th great grandfather. He is not listed in the book because he was born in PA. The others were all b in Germany. Here are the Wolf/Wolff details from the book:

Johann Jacob Wolff, was b to Johann Peter & Susanna at Ratzweiler, Germany, and bapt. At Ulmet on MY 3, 1694. He was from Ronneberg, when he m. Anna Barbara, dau. of Hans Jacob Orth of Weiler ander Noh, at Baumholder, Germany, on May 12, 1716. They immigrated to America on the ship Samuel in 1737, and were residing in York Co. in 1750. His probate inventory was filed in 1750 (?). They had the following children, b. in Ronnenberg, and bapt. At Baumholder:

3 Johan Peter, bapt., on Nov. 1, 1720. He had 429.105 acres in Manchester and West Manchester Rownship surveyed in 1767 (part of Killian Schmidt’s warrant). His probate inventory was filed in York Town 1771. He m. Maria Agnes, dau. Of Killian and Catharina Schmidt and had the following children:

Other Purchases at the Exhibit Hall: