Amy Johnson Crow challenges us to remember our ancestors and their families through this task: 52 Ancestors in 52 Weeks.  I completed '52 Ancestors' in 2014 & here I go again. This post is in response to that challenge. The topic for this week is ‘UNUSUAL NAME’. 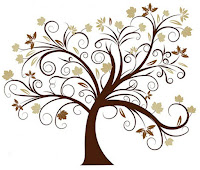 I am intrigued with my 5thgreat grandmother, beginning with her unusual name and the fact that she was born at sea while her parents were crossing the Atlantic from Germany to Pennsylvania. They were onboard the ship, Rob & Alice, with their daughter, Elisabeth Margretha Dick, 6 years old; Maria Christina Dick, 4 years old; and Maria Juliana Dick, 2 years old, when the new daughter was born. They arrived in Philadelphia on 11 September 1738.[i]

Appollonia married Johann Jonas Wolf. They lived in the Berwick Township. He served in the Revolutionary War, as a second Lieutenant in the 5thCompany, 8thBattalion of the York County Militia.[ii]

The couple had ten children.

Appollonia is truly an unusual name, although an online search shows it's actually from the Bible! Born at sea, what a way to start her life.

You know that trip from Germany to Pennsylvania was not easy, and to be pregnant did not make it any better. Anna must have been one tough cookie.