The NGS Conference in Raleigh, NC continues to be a fun way to learn new research skills. These are the sessions I attended today: 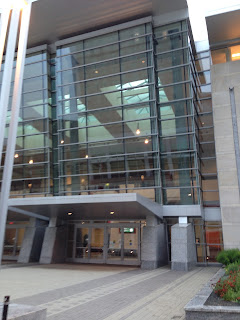 Today I made sure I was at the Raleigh Conference Center early because I was eager to learn about Google Earth maps. Lisa did not disappoint. Before coming to the conference I had downloaded Google Earth Pro (free) and followed the syllabus for the class. I had not been able to get far but Lisa’s demonstration quickly showed us all how to access historical maps and how exciting they can be. These old maps can be overlaid on current maps to show us where our ancestors lived. From there you can share those maps with others to excite them about the family’s history.

Ruth gave a well-organized talk about claims presented following the Civil War. She gave us a background on those claims, described the claim process, detailed the records created during that process and told us where to access those records. Any ancestors who lived in the south during the Civil War might have filed a claim for possessions that were taken by Union troops during the conflict. Even if the claim was not granted the records are filled with genealogy information. Ruth taught me a great deal today about a resource I had not known existed.

Researching a Revolutionary War Ancestor in North Carolina and Virginia. Presented by Craig Roberts Scott. This was my second session with Craig. On Day #1 I heard his talk, “NC in the War of 1812”. I’m glad I attended both sessions. Craig is certainly a military expert. Today’s session told us, step by step how to conduct our Revolutionary War research and the best places to search. I will be using his syllabus as a research tool often!

This was my second session with Diane. On Day #1 I listened to her talk about ‘Tarheels in my Family Tree’. Once again, she was brimming with information. Do not assume that your family member only generated records in one area. Maybe the court house in the adjoining county or state was actually easier to access than the one he should have used. Look at maps. Be familiar with the area, the courthouses, churches, etc. that he could have used. Despite having a sore throat and a raspy voice, Diane gave us many interesting examples of multi-county families and tips for researching.

By 4:00 this afternoon I was tempted to call it a day and head back to my hotel. My mind was overflowing with lots of new information. However, I am very glad I stayed for this last session of the day. Michael told us he was not going to talk about the major genealogy sites. He talked about record repositories and what they offer, on the state and federal level. For example, the Library of Congress has railroad maps, Civil War maps that show homeowners in battle areas, and much more. I had no idea those were available online. His syllabus gives us state and federal sites to search, examples of what can be discovered there & the web addresses for those sites.

The Conference App. If you attend a NGS conference you want to have the app handy on your phone or iPad. There have been several room changes and the app shows them all. One session had three room changes and I would have missed it without the app. The app also shows maps, vendors, all the sessions, your own schedule, a place to take notes & more. Very handy!

Tomorrow, last day! I will be packing up & heading north again after the conference. I probably won’t have time to write a post…

Again, thanks for the succinct summary. I heard Michael speak at a conference several years ago and I was amazed at the many lesser-known records and repositories he listed as good possibilities for family history research.

I learned a great deal at this conference. It is always good to learn there are more possibilities out there.

I need to investigate using historic maps with google Earth. I haven't done a lot of property research but I do have some information, and finding the home of one of my ancestors using a photo and google Earth was very exciting. I know locations of some property but it would be such fun to see where they were located on a map. Thank you for reminding me of this additional research tool, Colleen.

I had never used Google Earth before & did not realize the possibilities. It is fun to play with.